The first set of concept photos released on February 14 contained I.M. wearing a shirt printed with the Arabic calligraphy of "Bismillah" (An Islamic prayer). Fans filed mass complaints to both Starship Ent and their American PR, Eshy Gazit, expressing disappointment and requested for immediate action. Starship posted the apology within 14 hours and removed all photos including the shirt. 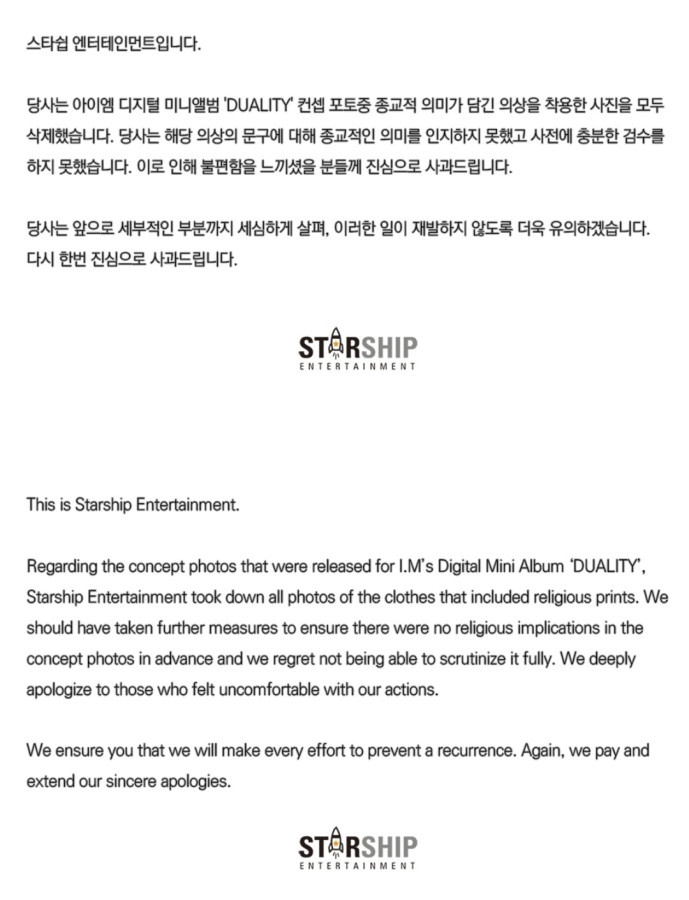 This is Starship Entertainment.

Regarding the concept photos that were released for I.M's Digital Mini Album 'DUALITY', Starship Entertainment took down all photos of the clothes that included religious prints. We should have taken further measures to ensure there were no religious implications in the concept photos in advance and we regret not being able to scrutinize it fully. We deeply apologize to those who felt uncomfortable with our actions.

We ensure you that we will make every effort to prevent a recurrence. Again, we pay and extend our sincere apologies.

Monsta X's I.M will be on the March 2021 edition of Arena Homme KR.

OP's note: It has been a rollercoaster from us fans drafting and sending the email template, but we're all surprised that Starship actually listened to international fans for once. Also sweet that the Korean fans helped to educate each other and took down the photos too. Hope they will learn from this.