The Little Things took the top spot again this weekend with $2.1 million, a 56% drop from its opening last weekend. No word on if Jared Leto's bewildering Globe and SAG noms helped boost viewership on HBO Max.

The animated Earwig and the Witch was the newest release in theaters, and took $100k from 430 locations.

Internationally, Soul is closing in on $100 million, and is now the second highest grossing Pixar film in China. 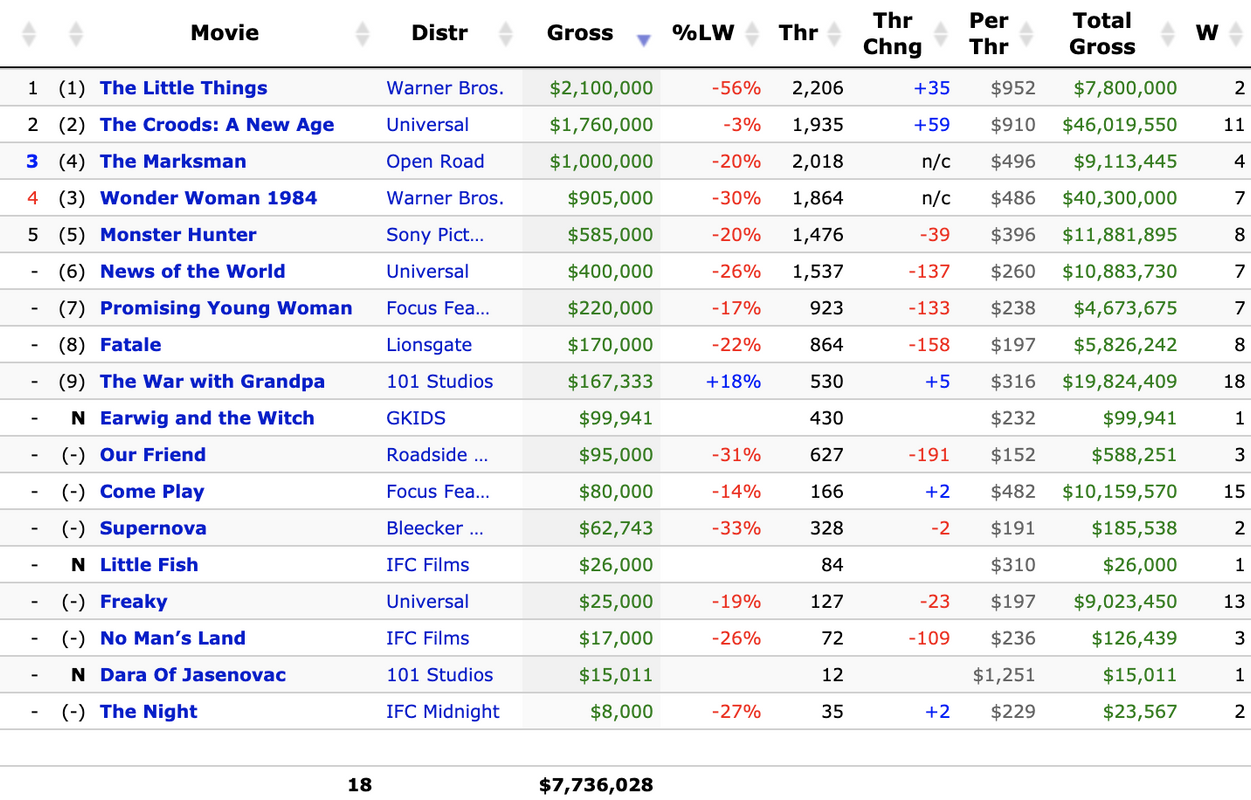