A new documentary shines a light on the conservatorship system, the #FreeBritney movement—and our own complicity in the pop star’s breakdown. #FramingBritneySpears https://t.co/SjelOKMe55

Samantha Stark, the director of the much-buzzed about new FX/New York Times documentary "Framing Britney Spears", spoke to LA Mag to give insight on the project and the goals behind it.

Among the info she revealed...

-The doc had an all-female crew
-The documentary was in the works before all the recent courtroom drama about the conservatorship and Britney's now stated desire to either end it or have her father removed as her conservator.
-It was really hard to find people from Britney's inner circle to talk on the record. After they reached out to her former female marketing executive from JIVE they were able to convince her former assistant Felicia Culotta to appear as well.

-That female executive notes that Britney was very much in control of her famous "sexy/innocent" image and she was so successful with it because she understood that teenagers have a sexual side as well as a softer one.
-The documentary could have been a six-hour series based on the research and material they got.
-Her goal with the film is for people to question the often opaque legal system of conservatorships, give a more accurate and clear perspective on who Britney is and who she was and make everyone question our own complicity as consumers in the awful things that were done to her.
-One writer of the documentary notes that at the height of her breakdown “No one was helping (Britney) because there was too much money to be made off her suffering”. 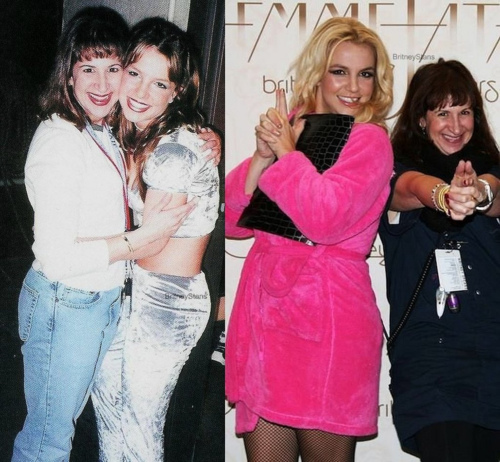 Perhaps the documentary's biggest success (and credibility point) is getting Britney's longtime and much loved personal assistant Felicia Culotta to sit down and talk to them on record. They have now released the start of her interview: