The star-packed period crime-drama #TheLittleThings won another subdued race at the weekend box office with an estimated $4.8 million debut https://t.co/kr5alEbGz4

The Denzel/Leto/Malek trio thriller The Little Things took the top spot its debut weekend with $4.8 million. It's unknown how the film has done so far on HBO Max, but its Executive VP is very pleased with the results.

HBO Max will debut GKids' Earwig and the Witch on Wednesday, with Netflix debuting Malcolm & Marie on Friday. 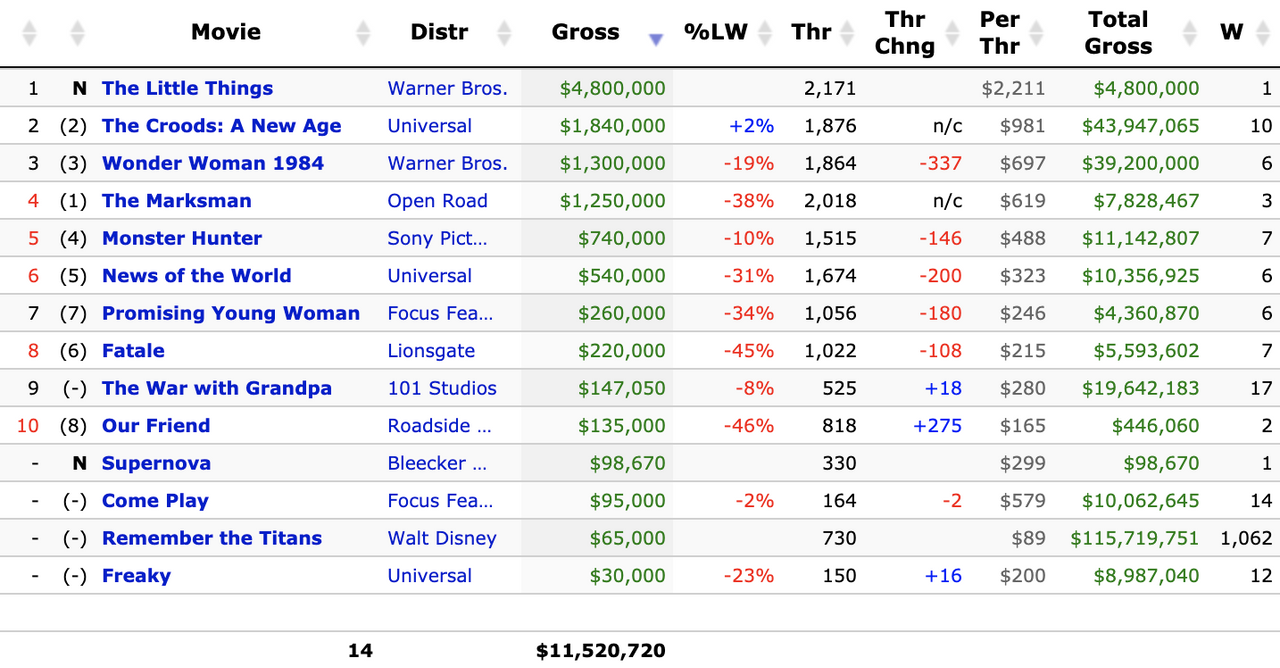