Welcome back to ANOTHER installment of the ONTD Original Series: Buffy the Vampire Slayer.

kobewife1, and I'm going to rank my "best" and "worst" moments from Buffy the Vampire Slayer's regular cast. 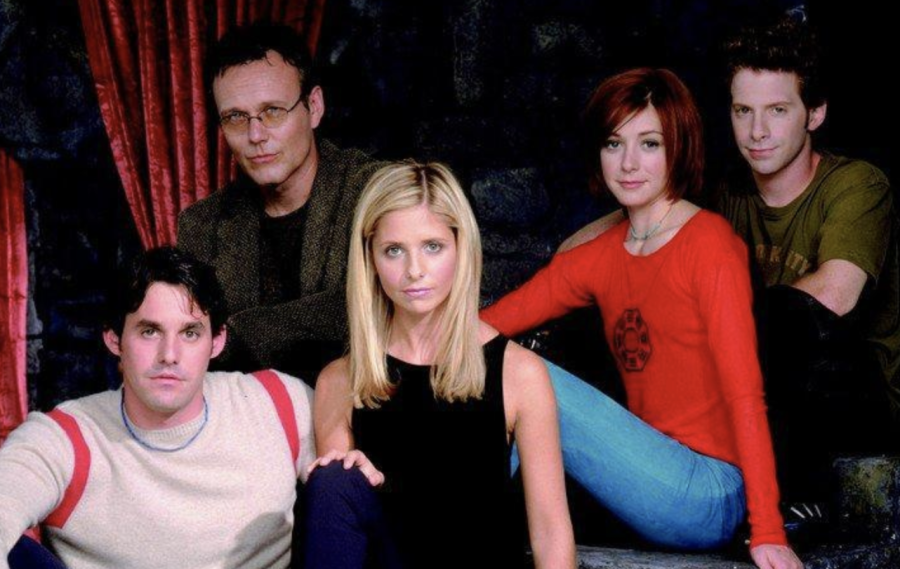 Disclaimer: The ranking is my opinion, and my opinion only. <3 I love commenting back and forth, and I'm absolutely open to opposing views, but please be kind and respectful to each other. These posts are bringing me such joy in the middle of intense isolation, and I truly enjoy making these posts and commenting back and forth with my fellow Buffy fans. <3. That being said, let's jump in!

**If you're interested in seeing my other posts in this series, they're linked at the bottom**
[Im cookie dough] 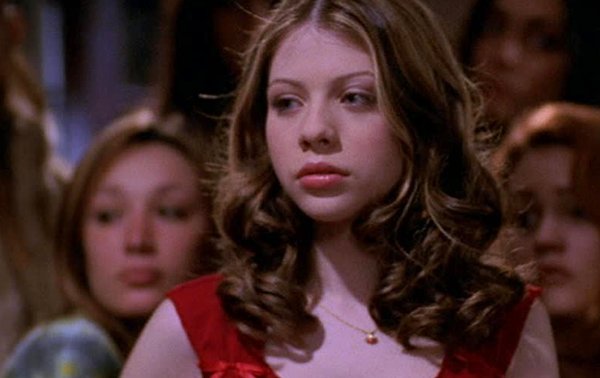 Worst moment: Kicking Buffy out of her OWN HOME. First of all, YOU AREN'T EVEN REAL, DAWN. Second of all, Buffy died to save your whiny ass! How DARE you! Just because you're bitter that you weren't a potential. *hair flip* BYE.

Best moment: Her hardcore shipping of Tara and Willow, and watching her connection with Tara when she moves out. The sleepover where Tara keeps Dawn company, the day out with milkshakes, it's all just so sweet. I love that Dawn had Tara, and I think because Tara was so connected to her, it made me start to hate Dawn a little less.
Xander Harris 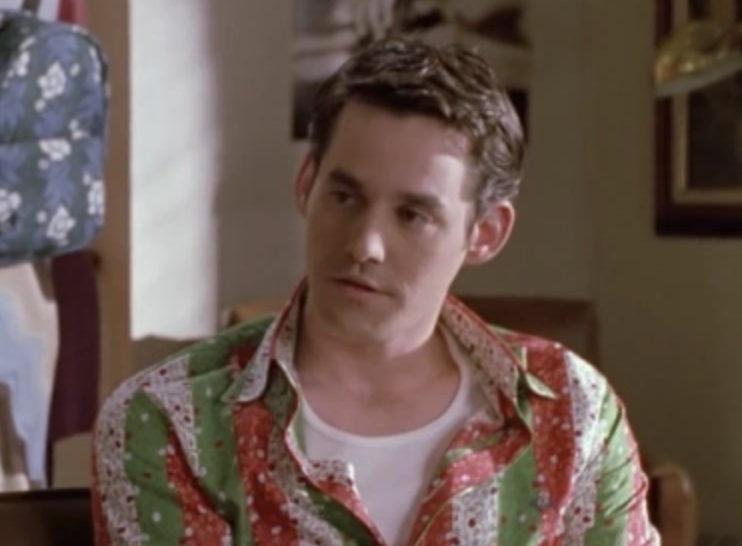 Worst moment: It's really hard to pick the worst moment for Xander. I've decided, for me, it's leaving Anya at the altar. I've debated between this, and lying to Buffy about Willow's plan to restore Angel's soul (which could have led to Buffy distracting Angel, stopping him from waking Acathla, and not running away to Los Angeles, but...I digress). I chose this, because he is/was absolutely horrible to Anya throughout their relationship. He hid their engagement, he constantly belittled her, treated her horribly, and then leaves her at the altar? Xander should have been a casualty at some point in season 3, in my opinion. Perhaps by Faith? Where my Faith lovers at?

Best moment: The speech to Dawn in season 7, telling her she's extraordinary. There really aren't too many moments for Xander where I'm like, "Wow, good job." But this was one of them. His speech to Dawn was thoughtful, sweet, and meant a lot to her, considering she felt like she had been reduced to 'whatever she was' before she thought she was a potential. For a girl who had to ask if she was anything, that's a heavy loss. It was a moment for Xander that made me hate him just a tiny bit less.
Cordelia Chase 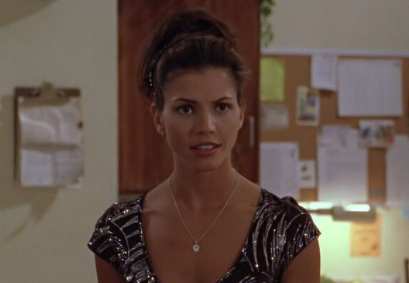 Worst moment: When Cordelia took the ruthless, awful dig at Buffy's parents in Homecoming. I guess I'd also say when she wished the world into a reality where Buffy never came to Sunnydale and it resulted in basically everyone dying or being evil, but since Anya's necklace was broken and it was like it never happened, no harm no foul.

Best moment: My favorite two parts of Cordelia are when she agrees to give Buffy a ride home in Helpless, and when she admits to Buffy that she's often surrounded by people and feels completely alone. I have a love/hate relationship with Cordelia, but it's when she demonstrates vulnerability or kindness that I love her.

Worst moment: For me, again (shocker) there's a tie between stealing Buffy's body, and pinning her murder on Buffy. The stealing of Buffy's body was bad enough, but you add to that the mockery of homosexuality toward Willow and Tara, and sleeping with Buffy's boyfriend? Just gross. And of course, pinning the murder on Buffy? Just rude. Not five by five, F. Just not.

Best moment: In season 7, when Faith is telling Buffy that she'd never felt more lost or alone than when she was in charge, being expected to lead, and realizes that's been Buffy for the last X amount of years. It's one of the first times I felt like Faith *genuinely* had respect and admiration for Buffy, and it's one of the first times in the series I think Buffy felt understood and validated. I don't know why, but it's one of my favorite moments. And then it ends with the whole, "There's only supposed to be one. Maybe that's why you and I can never get along. We're not supposed to exist together." "Also, you went evil and were killing people." "Good point. Also a factor."
Anya Christina Emmanuella Jenkins 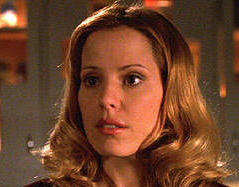 Worst moment: In season 7, when Anya turns on Buffy and gives her a rude lecture about how Buffy isn't "better" than them, but "luckier" than them, as if Buffy wanted to be in the position she was in. I'm a huge fan of Anya, but this moment (for me) changed my perception of her. Luckily it was at the end of the series, but it did a lot of damage. How DARE her.

Best moment: As devastating as the episode is, Anya's part in "The Body" will forever touch my heart. Her monologue, her attempt at condolances ("I wish that Joyce didn't die. Because she was nice. And now we all hurt.") Anya and Buffy never had a great relationship, but this moment will always give me the warm fuzzies.
Spike 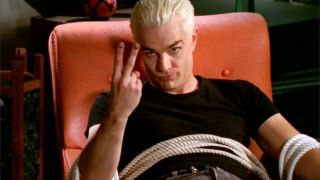 Worst moment: We all know what it is. I'm not giving details, but...non-consent. Season 6. We all know.

Worst moment: Again, we have a tie. When Giles leaves Buffy in season 6, after he finds out where she's been and witnesses her struggling. This was NOT the Giles who was fired from the Council of Watchers because he loves Buffy too much, and this is NOT the Giles who sat in the car at the end of Innocence and comforted Buffy after she couldn't kill Angelus. The other is when Giles stands by and watches everyone gang up on Buffy in season 7 and kick her out of her own house. This will never fail to make my blood boil, and I think Buffy should've knocked everyone out. THERE, I SAID IT.

Best moment: A couple come to mind here. The first is when Buffy is going to face the Master, and Giles is determined to face him in her place to save her, and Buffy knows she has to punch him out for him to back off. The other is the moment in season 6 when Giles first sees Buffy, and tells her he always thought she was a miracle. I'm a total sap, and this exchange gets me in the watery-eyed feels EVERY TIME.
Willow Rosenberg 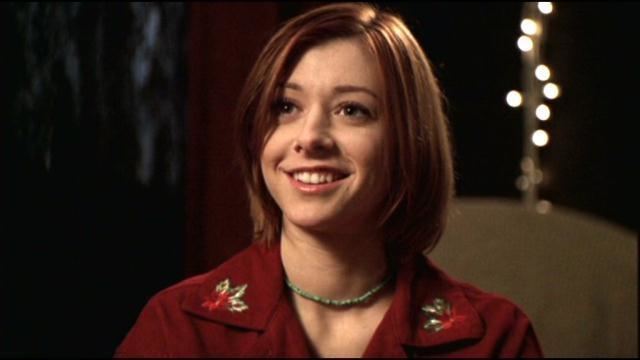 Worst moment: This one is another that's hard to choose. While I do generally enjoy Willow as a character, I find certain things she does absolutely horrendous. I was gravitating between the fact that she resurrected Buffy and left her in the ground to crawl out of her grave (despite the knowledge from season 1 that being buried alive is one of Buffy's worst nightmares) and DIDN'T EVEN APOLOGIZE when they realized it?! But I've decided the absolute worst moment of Willow is when she wiped Tara's mind at the end of "All The Way", after Tara called her out on using too much magic. Following the mind wipe, she and Tara have sex--sex that Tara, in her un-altered state, would not have consented to. After Tara had her mind completely violated by Glory, this was unforgivable.

Best moment: This one is a tie for me. First, when Willow tells Buffy that she's staying in Sunnydale to continue fighting evil, despite being accepted to literally every university people dream of attending. Second, when Willow tells Buffy about her and Tara. I love this moment, because it's in the same episode where she goes to Tara and lets her know she chose her. Every time she tells Tara that she is where she wants to be, it warms my heart.
Buffy Summers 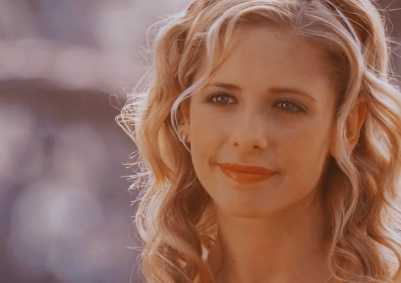 Worst moment: When she was downright rude to Debbie in season 3, and was extremely insensitive to the fact that she was being abused by her boyfriend. "Wanna know what works? Don't get hit." (Not one of Buffy's best moments.) OR, the tie for me, is the failed attempt at humor that made everyone experience a Buffy racist moment: when she mocked the original slayer's hair. Honey, no. Don't do that. We uplift women, and we certainly don't do racism. No, honey, no.

Best moment: When Buffy literally sacrifices herself to save not only her sister, but the world. I have a love/hate relationship with episode 22 of season 5. It's a terribly sad episode, because Buffy dies. But it's also an oddly satisfying, cathartic episode in that Buffy realizes her gift, her destiny, and it gives me this sense of, "She's done. She can rest." (Even though I know Willow's about to go mess it up in 147 days)
What are YOUR thoughts about these best/worst moments? Any that you disagree with? Any you think I got wrong? Sound OFF, y'all.

ALSO. ONTD, what should the next Buffy post be? Suggestions are appreciated, if you have an interest in seeing more!