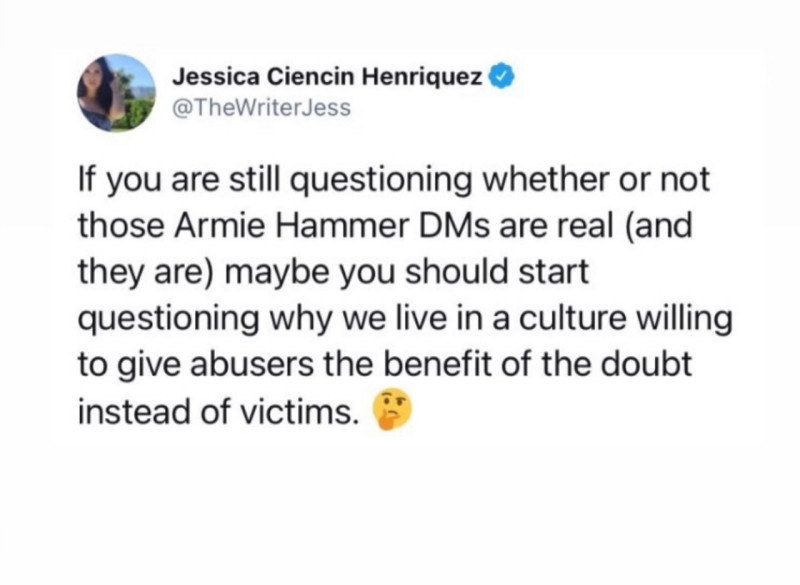 [Under a spoiler for graphic description]

(Jessica's tweet included a series of pictures from Effie in which she discusses CNC (consensual non consensual fantasies/kinks) in which A*mie engaged in but left her with no aftercare + help. Effie's bruised neck after a choking session in which he ghosted her post encounter as well as some DMs --

beeweastie has posted the screenshots in the comments here)

As of a few hours ago, Jessica Ciencin (known for dating A*mie previously) has posted an update on her Twitter about the validity of the DMs posted by houseofeffie on Instagram.


wirh new info I figured making a new post was needed -- the DMs (by all accounts and from other people involved) are REAL, so please be mindful.

mods i made this post on mobile so please let me know if something is wrong
UPDATE: Jessica has since deleted her twitter account - I've attached a screenshot of the tweet + a small description of what the media in the tweets were