A few days ago, insta account deuxmoi posted a story with a leaked DM of a celeb's DMs where they referred to someone as "Michael Phelps of sex" - presumably, this story lead to the leaks of more DMs involving Armie Hammer with alleged "several" more kittens that were in a sexual relationship with him. These DMs seem to come from 2 separate accounts, and this thread is from someone who is compiling them as the information comes out. There's screen recordings of the girls' scrolling through the DMs in an effort to prove they are real.


Multiple victims of Armie Hammer came out saying he used his fame to manipulate em to have sex, calling em "kitties" and drink their BLOOD, now WHAT IN HANNIBAL LECTER??? pic.twitter.com/LWxgZdXC4t

Some of the DMs include:


Tweet with the actual screen recording for the DMs 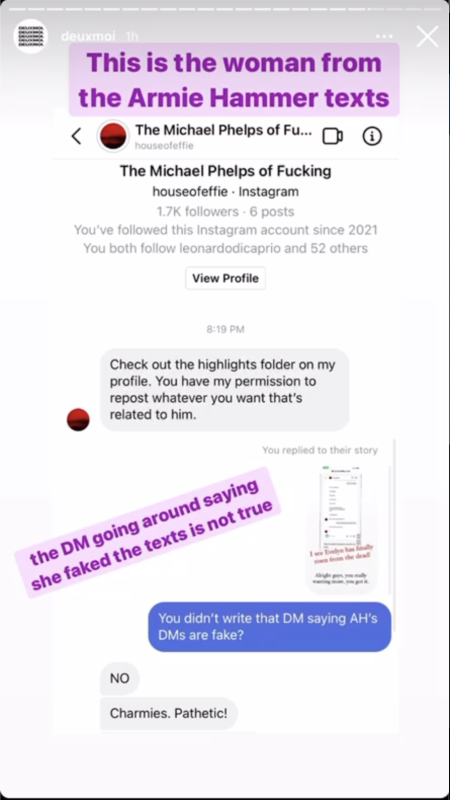 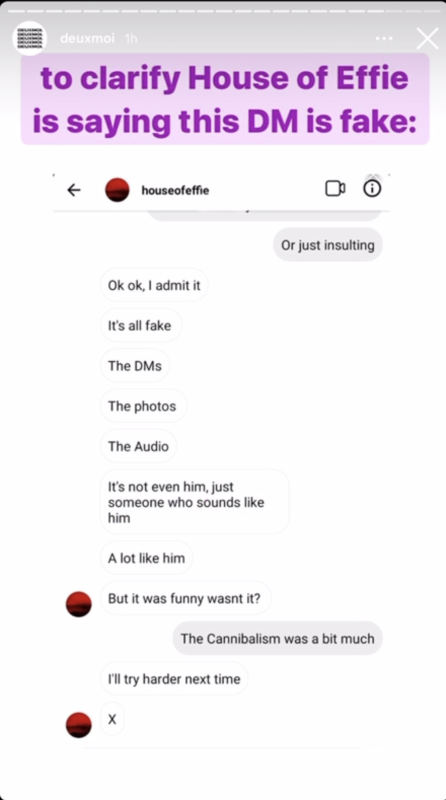 mods I haven't made a post in a minute so please tell me if any of this is wrong/needs fixed! the TW cut seems to work on my browser

UPDATE: I've added the DM screen recording to the source as well as her clarifying the DM where she says it's fake is NOT her