‘WANDAVISION’ reviews are in: Amazing, Innovative and apparently a contender for 2021 Emmy race. 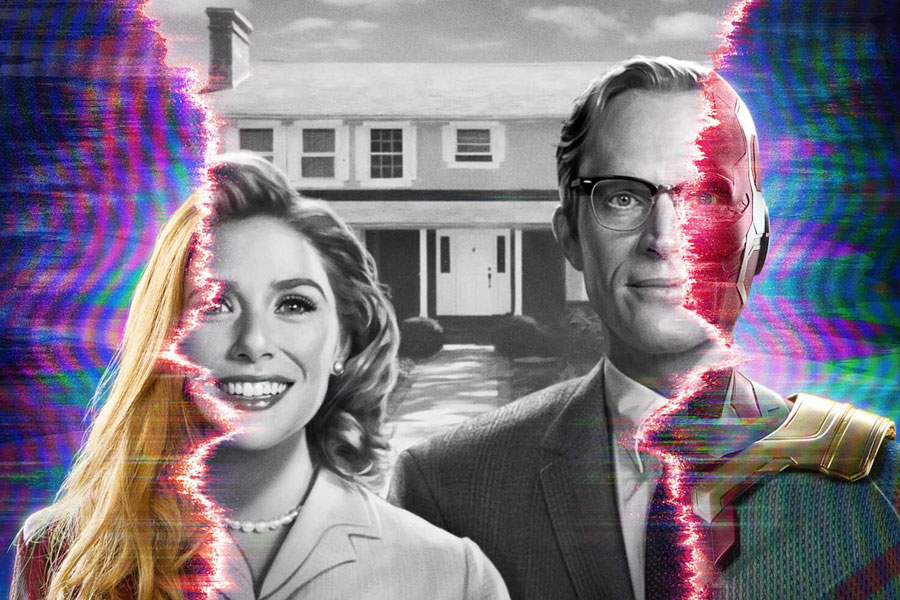 Wandavision reviews are in and critics are apparently loving it. The effort to recreate sitcom styles is apparently a great part of what feels new. Kathryn Hahn is a scene stealer and in her way to be the new Loki. Other say it’s unlike anything Marvel’s done before and shoves a fist into the mouth of people who say all superhero stories are the same. Also, some are already calling it a strong contender for 2021’s Emmy race.

Also, after heaving seen the first 3 episodes, I only have a hint of what’s really going on and am so excited to see where this thing is going.

The entire cast of #WandaVision is great and fully commited to the stylized approach but Elizabeth Olsen’s performance is truly outstanding and one of those “Man, if awards shows weren't snobby about superhero stuff, she would likely get an Emmy nomination” situations.

The detailed craftsmanship & practicality that went into recreating the spirit of classic sitcoms is absolutely stunning, but the real magic trick is Shakman's mastery over a complex tone. It's hysterical, tense, compelling, otherworldly. One of my FAV MCU entries. #WandaVision pic.twitter.com/vWHIzdi2hz

#WandaVision is definitely one of the most ambitious endeavors from Marvel Studios. Filled with easter eggs and extremely smart in the way it uses the sitcom format to subvert expectations. Those expecting more of the same will be thrown for a loop in the best possible way. pic.twitter.com/FMpdfztYKQ

If the first 3 episodes of WandaVision are any indication of what is in store for us, we are in for a wild and crazy ride! This show is banana pants crazy -- in the best way possible!

Weird, fun, and simply amazing, it feels so very good to be back in the MCU! #WandaVision pic.twitter.com/IAQPrZuwPq

I’ve watched THREE episodes of #WandaVision and have thoroughly enjoyed it. Truly unlike anything Marvel Studios has done — it’s light, funny & fully committed to its retro sitcom inspirations, but it also carefully sprinkles in enough mystery & intrigue to keep you guessing pic.twitter.com/8dqegsg5By

I mean, if ‘The Mandalorian’ got a nomination, i guess Wandavision can as well...