Kim Kardashian and Kanye's 'strange' life - 'no trust, own homes and desperate to divorce' https://t.co/gQZ7EXRoGT pic.twitter.com/iydlZoc5KA

Now, the Mirror recaps some of their issues.

They say Kanye is reportedly now based full-time in Wyoming while Kim holds the fort back home.

"[He’s] in a better place when he’s there and Kim needs to be in LA and wants the kids with her," a source told Hollywood Life.

Kim appears to have spent Christmas with her mum and sisters bar a brief appearance from Kanye on December 22.


Deux moi posted this today. Many people are guessing Kanye and Kim. 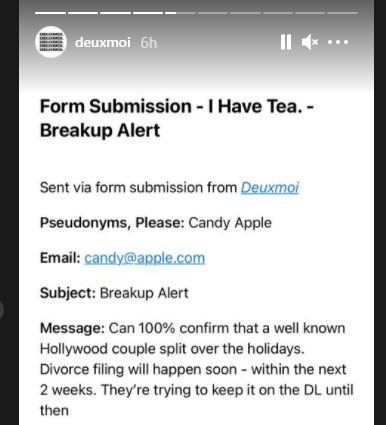