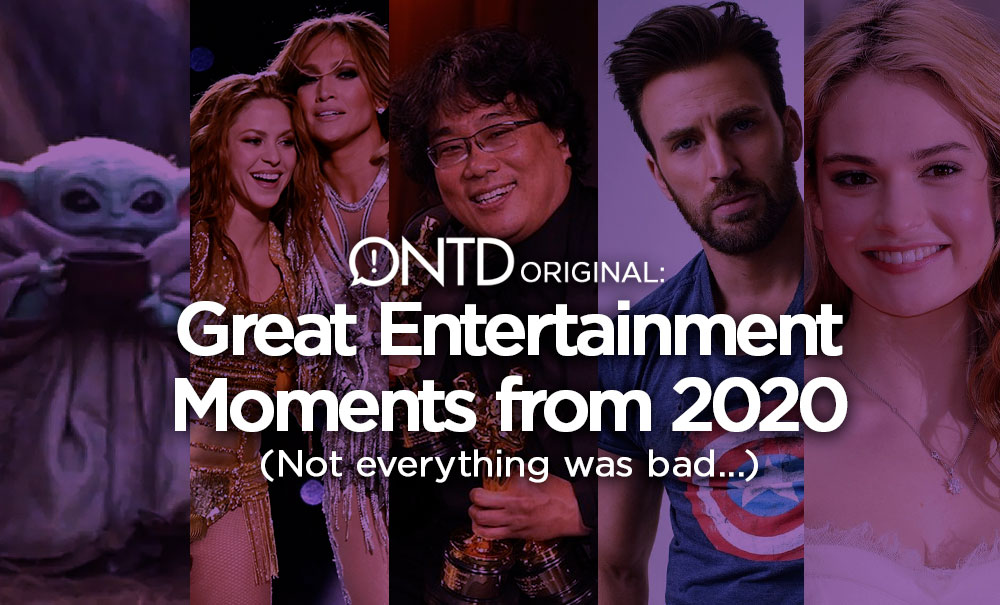 So, 2020 was a shitty year, but at least a few good things happened, here's a recount of GOOD things that made us smile (in no particular order)

Seriously, it was way better than any SB performance of the last decade.

It was so calming, so relax, and we really needed it on 2020. It became such a Tiktok hit.

Doctor who totally challenged it's canon. Said fuck it to old conservative white fanboys and introduced the first mature black actress to portray the Doctor. Also, Captain Jack came back!

I tried to do the challenge and couldn't walk for 2 days.


I was clapping so hard when Parasite won the Oscars my hands hurt, and Eugene Levy's speech during Schitt's Creek best comedy award had me in tears.


We saw A LOT of Chris Evans.

Because 'Defending Jacob' premiered and we got a weekly dose of Chrevans... YOU DIRTY MINDED FUCKS.

If there's one good thing that came out of quarantine in 2020, it was that the year was full of exciting Zoom cast reunions from all of our beloved shows. My favorite by far was Community's.


The Gay love in Supernatural took down Putin.

NOBODY. AND I MEAN. NOBODY. EXPECTED SUPERNATURAL TO MAKE DESTIEL CANON, even less to find out that Putin was stepping down because of it. Truly a night to remember that made Tumblr come alive again for a few days.


Talk shows had to adapt their format to have virtual audiences and The Kelly Clarkson show listening to Vin Diesel's new song is cringy and hilarious.

Mouths dropped when McDreamy came back 7 years after Patrick Dempsey left cause I don't think anyone was expecting it. At least I wasn't...

Screwing Chris Evans, doing coke with Billie Piper and being part of 'British Affairways'. oh boy, her summer was EVENTFUL and gave ONTD so much to talk about.


Baby Yoda brings back an old face to help him
[Spoiler (click to open)]
The Mandalorian S2 was a highlight of TV but seeing Baby Yoda meet Luke and R2D2 had people in legit tears of happiness.