ONTD Original: Mariah is the kween of Christmas 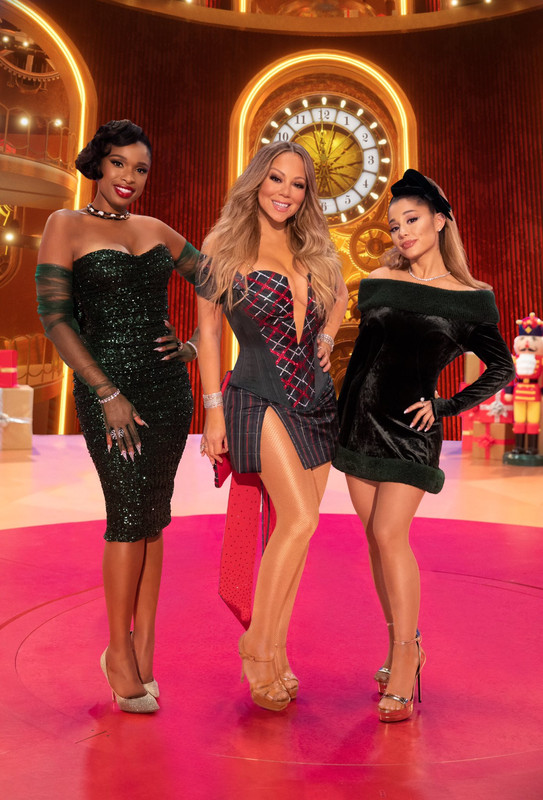 Although Mariah may have the most #1 singles on the billboard charts (19 #1 tracks) which is very hard to get, not everyone has it. She has conquered an entire season of the year, securing that passive income, sis could be sitting on her ass making appox $4 mill on a song she wrote almost 30 years ago, elusive chantuese indeed!

But did you know, besides the iconic track which is also Mariah's 19th #1 track, Mariah has written multiple Xmas tracks?

Miss You Most (At Christmas Time)
Although not as widely successful as AIWFCIY, Miss You Most is still a classic, carrying the same charms and 'classic' production.
Mariah has not performed this song in full and I doubt she will, she loaded a crap ton of vibrato and riffs into this track!

Jesus Born on This Day
This track shows a lot of the vocal styling that Mariah did in Music Box, big vocals, not a lot of the whispering she would do on the album after 'Merry Christmas'. I love most of Mariah's gospel-inspired tracks but this is not it, honestly I have nothing to say about this song coz its an instant skip for me.

Christmas Time Is In The Air Again
The majority of Mariah-written Christmas tracks have this 'classic' air to them, this has the same quality decieving you into thinking its some old school track. The track comes off the sequel to Mariah's first Xmas album, commercially it is not as successful as the first but is slowly climbing up!

Oh Santa!
The lead single off 'Merry Christmas II You'. The track is a very uptempo track. When it first came out I hated it because I compared it to AIWFCIY but its definitely a grower. Theres potential for this to be another Christmas classic. The album was created and released while Mimi was preggers with 'Roc' and 'Monroe', she contributed her 'getting her voice' back to her babies but sis sure did used the autotune for those whistles.


This year Mimi teamed up with Ari and Jhud to re-do 'Oh Santa!', Mariah explained she envisioned a 'Girl Group/Supreme' moment originally with the track and re-created the track with Ari and Jhud. The track has done a lot better than the original. I wonder if she will do a new collab every year.

When Christmas Comes
Mariah re-recorded the track with John Legend to give us this mid-tempo bop about giving 'love' for Christmas. I like this track more than 'Oh Santa', why wasn't this the lead single? Who knows

One Child
Another gospel Mimi Xmas track. Another Skip TBH.