The weekend box office took a tumble as corona rages across the country. The overall gross for all films reported at the moment is only $6.2 million, down almost $5 million from last weekend and the lowest total gross since theaters opened back up in mid-August.

With Thanksgiving coming, newer films this week will be coming before the weekend. The only theater-bound release will be Universal's The Croods: A New Age (before its VOD premiere in a few weeks). Netflix releases the critically-trashed Hillbilly Elegy (Tuesday) and The Christmas Chronicles 2 (Wednesday), while Hulu drops The Happiest Season (Wed) and HBO Max drops Superintelligence (Thurs). 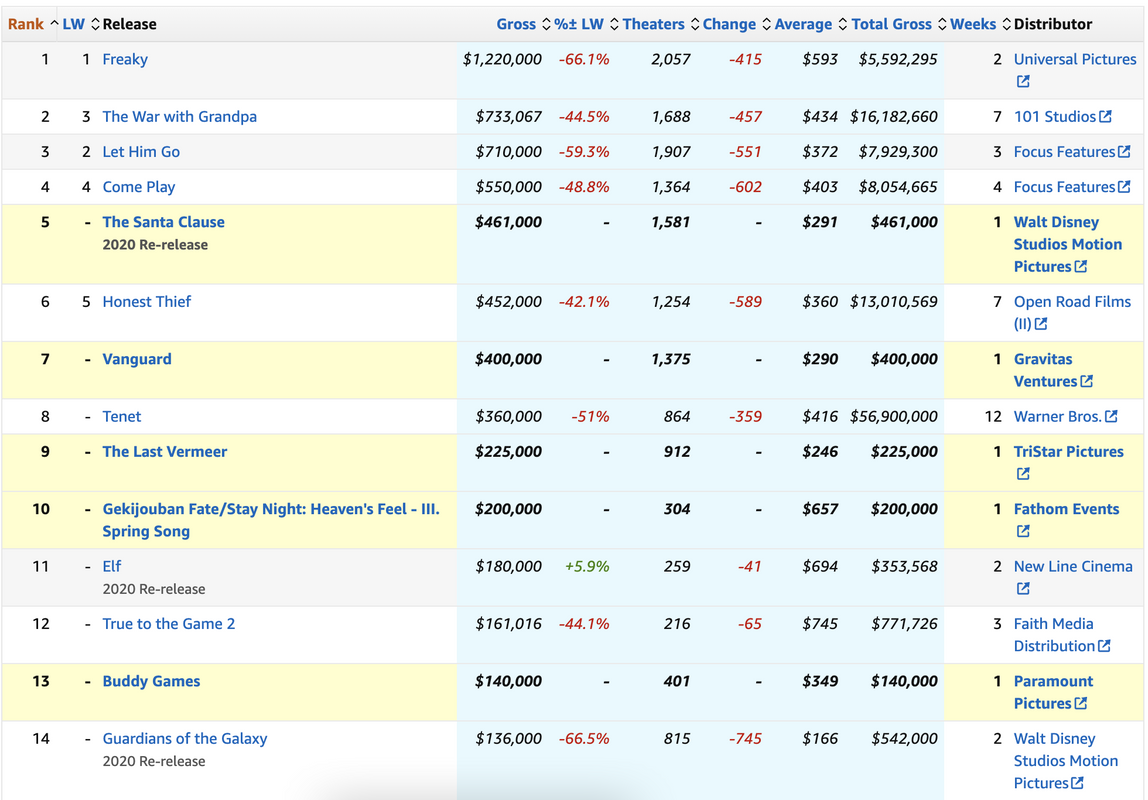