Free For All Friday

I got a new job but I'm sad about leaving my team because I love my managers and teammates.

was going to get my brother some chocolate bars that he hasn't had in years for Christmas... but then don't I find FOUR of them in his drawer tonight? back to the snacks drawing board

I totally get that. My brother has been going on and on about these chips he loves but can't find anywhere and I found a store that has them in stock all the time so I was like awww yeah Christmas present completed. But then he found a gas station that sells them. >:(

I feel like I’m way to old for this tik tok drama? Like honestly I have no idea to Trisha paytas is? I thought she’s in her 20s and I look her up and she’s 32 all up in people’s drama? Like either I’m old or I just don’t care lol

Praying for this semester to be over ASAP. I’m 100% over English II but I gotta get my shit together bc of the English 4-hour Finals exam so my schedule is a bit wild. The whole online classes stuff is just so.... 😪. It’s a lotta. Plus I got a super busy schedule next semester and Spring 2021 omg. What have I done to myself lmao? Japanese II is an exception though lmao and I already got the deets on Japanese III teacher, who is apparently the strictest Professor but also nice so challenge accepted! I be snatchin ha class after Spring semester.

Watching Notting Hill and realising how much I hate Hugh Grant.

It just is so fake. The dialogue is so cringey.

I don’t like that movie because I can’t stand Julia Roberts. She makes it unwatchable for me.

I only enjoy the supporting characters in that movie.

There was a small trump group with flags on my way home and one of them had a sign that said "more votes than voters wake up!". Just fuck off.

Waiting on something else to install on this dumb game.

Wow! Where is this? I was talking to a local business owner in my town and if they catch you up and running like normal and not following guidelines then you pay a $10,000 fee.

I knew when they used the wrong form of 'governments' that we were in for some shit.


I don't know who these people are and won't patronize them.

So much stupidity. Firstly, 250,000 in 12 million cases isn’t 0.4%. Secondly, if 250,000 Americans died by terrorism attack, the whole country would be up in arms. Thirdly, even if you don’t die from it, you have a huge risk of serious, long term health complications and very possibly a dramatically shortened life span (not to mention shitty quality of life) as a result.

But whatever, gotta sell those pastries!

They can take their non-domain owning email and shove it. The selfishness.

why can't i embed tiktok videos? is it just my alptop being stupid and they're embedded but not showing?

Reply to @dezareair3ne giving the people what they want @nevershoutnajah

I'm trying to find the perfect jeans and wanted to try Madewell while they're on sale. I can't decide if I should spend more an order a few sizes or take a risk and buy the size I think will fit. Their exchange policy kinda confuses me because it says you'll return the item, reorder what you want on the site, and somehow they'll know you did that and give you a refund?

That's how online returns normally work, you return the item and then reorder in the size you want. They'll refund your return when it's checked back into the warehouse. Personally I now order multiple sizes and then return what I don't want, that way you avoid sizes selling out and having to wait for the second item.

If I have to reorder when it's no longer on sale will they account for that though and refund me the extra I had to pay?

I’d order a few sizes at once because their jeans tend to sell out during sales. Also, the sizing is a bit inconsistent between their rigid and stretchy jeans. I err on the larger side for rigid and their stretch jeans tend to be big, although they don’t stretch out.

I literally never talk at the tv but I finished Twin Peaks: The Return last night and as soon as the credits started rolling I yelled "are you kidding me? what the hell was that?????"

think about it for a few days, read theories online, etc etc

With this new lockdown, my sister is out of work for the time being. Only my mom and I are working now

which colour should i get? 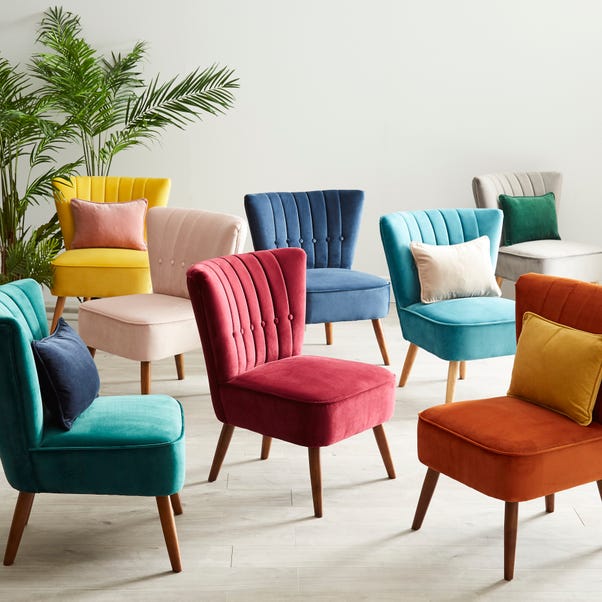 What are the colors in the room you're putting it in?

for my tastes, green or the royal blue, or the red

the teal chair or the yellow

i like the orange and the green... or is it teal one

love the blues and the yellow, but it depends on the color scheme where it's going.

I'd say yellow if it were actually that shade of yellow, so teal or turquoise (unless both the lighter blues are the same and it's just the light lol)

The green one in the front left!

The yellow one POPS! I also feel like yellow goes with a lot of colors.

Yellow is my favorite color, so I'd go with that.

The turquoise-ish with the white pillow.

I just want to remind everyone that while boob armour is in no way historical dick armour most certainly is. pic.twitter.com/zclK9OV8mL

crazy how much better my life was before i saw this

So the guys were hard while fighting? :/

adrenaline boners are a thing!

imagining military bros having super serious tactical conversations, all the while desperately trying not to stare at each other's dick armor

As time passed, codpieces became shaped and padded to emphasize rather than to conceal, mostly the penis.

Such excessive codpieces became an object of derision showered on outlandish fashions. The Renaissance author, François Rabelais, refers satirically to a book entitled On the Dignity of Codpieces, in the foreword to his 1532 book, The Histories of Gargantua and Pantagruel.[5]

This fashion reached its peak of size and decoration in the 1540s before falling out of use by the 1590s.

Suits of armor of the sixteenth century followed civilian fashion, and for a time, codpieces were a prominent addition to the best full suits.
https://en.wikipedia.org/wiki/Codpiece

for my friends with air fryers

tips when making chicken wings in there? times, temps, how to season (with dry or wet rubs)?
Previous
← Ctrl ← Alt
Next
Ctrl → Alt →