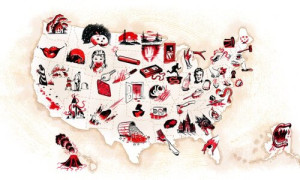 The 31st has come and gone, but Halloween can be every day in your heart! The NY Times released a list of scary stories for every state; in honor of the frightening things happening in the US right now, let’s look at some bone-chilling terror of another kind. 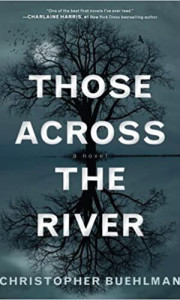 *Georgia: Christopher Buehlman, "Those Across the River". "Frank Nichols, a veteran of the Great War who’s scrabbling to survive during the Depression, learns he’s about to receive an unexpected inheritance from an elderly aunt. "The house is yours, which you must sell," she writes. "There is bad blood here, and it is against you for no fault of your own." Of course, he moves in immediately." 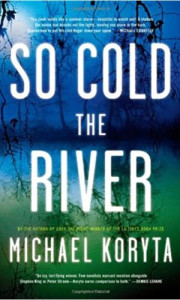 *Indiana: Michael Koryta, "So Cold the River". "Mineral water with occult powers flows through the pages of this eerie thriller, set at the gloomy (and very real) West Baden Springs Hotel in rural Indiana. Our critic, Janet Maslin, said it "does its best to deliver a King-size dose of scary."" 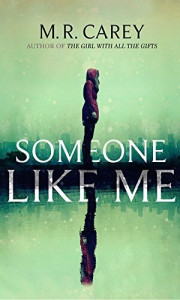 *Pennsylvania: M.R. Carey, "Someone Like Me". "When she’s threatened, Liz is capable of murder. She says it feels like someone else "slipping inside her body and her mind and moving her like a puppet." One moment you’re ready to attribute her episodes to the trauma she’s suffered; the next, you realize there’s something far more malicious fueling her anger." 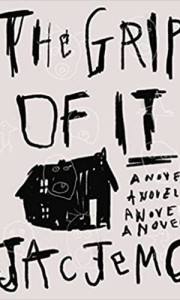 *Wisconsin: Jac Jemc, "The Grip of It".  "Julie and James should have known something was up when they first looked at the old Victorian house and their real estate agent dismissed an odd snarling sound with a wave of his hand: "That’s just the house settling." Sure enough, they move in and disturbing things begin to happen — stains appear on the walls; rooms shift in size. Or do they? Julie and James have some slippery secrets. Are we watching psychosis develop, or true paranormal horror unfold?"