Let's start off with oh shit, well, I made them a little too small, and Canva won't let you resize unless you're premium. Good thing I put the text beneath them!

"i mean, 90% or more of stuff posted on this LJ isn’t our business and we still comment about it anyway, why should this case be different?" -

crazyfreakyaj is right in this post about Naya Rivera's ex taking care of their son with her sister.

Lili Reinhart is going on about something or other, but

surfermedley saves us all with "
Are we talking about the same God who got pressed over two people eating an apple from a tree in his own compound? The same God who knocked up a married woman and tried to pass her off as a virgin? The same God who sent his only son to get his ass whopped and didn’t even have the decency to resurrect him in a timely fashion?"

I had to trim this one down to the sentence that makes me laugh the hardest in this post about Anti Maskers in Trader Joe's, which is "If the first caveman was an American, he would have jumped in the water and drowned himself immediately determined to change the rules of why he has to only walk on land, so no sweetie!! " by

"Slavery would have ended 249 years earlier if we had just walked off the plantation and rented an AirBNB." 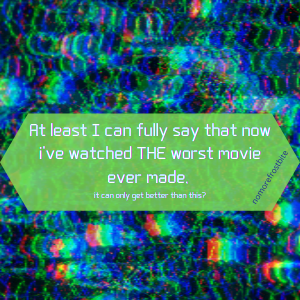 "At least I can fully say that now i've watched THE worst movie ever made, it can only get better than this?" -

nomorefrostbite - It's a pity because I remember we* on ONTD being very excited for "Artemis Fowl" only to be vastly let down.

*The rest of ya'll presently:

So if you watched "Into the Unknown", the "Frozen II" 'how we made this' documentary, you'll know that, just like film #1, no one had any idea how the story was going to go.

houndooms sums up exactly what happens in this FFA: "Frozen 2 is about an eldritch being using the image of a woman's dead mother to lure her away from her family to transform her into its puppet through which it controls the forces of nature. What does a fifth spirit even do all day???"

Scrabble banning racist language from competitive play brought a new ONTD Tagline ("What Slurs were even allowed? No I will not be reading.") by

"he PLUNGED? is he going spelunking in the pussy?"

If you said A, correct. Sorry to remind everyone that's going to be put to film one day!

"The definition of none of my business: a person eating their own placenta. At no point does that intersect into my lane lol."

Hope it was good, Hillary (Duff)!
My personal new motto is "at no point does that intersect into my lane". Thank you,

Armie "Daddy" Hammer gave us a lengthy Instagram post about his upcoming divorce. I don't recall if this was before or after Kittengate, but

edie said it best - "This statement acts like people care". Fun fact: This statement would be stolen almost word for word by some other guy