#ComePlay came in ahead of expectations over the weekend box office with $3.2 million in domestic grosses https://t.co/hwqyilxpRX pic.twitter.com/3hCFIixkKT

It was a spooky weekend at the box office as horror film Come Play exceeded expectations and nabbed the #1 spot with $3.2 million. Honest Thief, The War with Grandpa, and Tenet rounded out the Top 4, with $1.35 million, $1.08 million, and $885,000 respectively.

Rabid stans of Alita Battle Angel helped force the film to recieve re-release but they must not have shown up, as the film only grossed $128k in 1,060 theaters.

Next week sees hardly any new releases, with Kevin Costner and Diane Lane's VOD/Limited release Let Him Go being the only remotely worthy film to mention. But if you have been waiting, Possessor sees its digital home release on Tuesday. 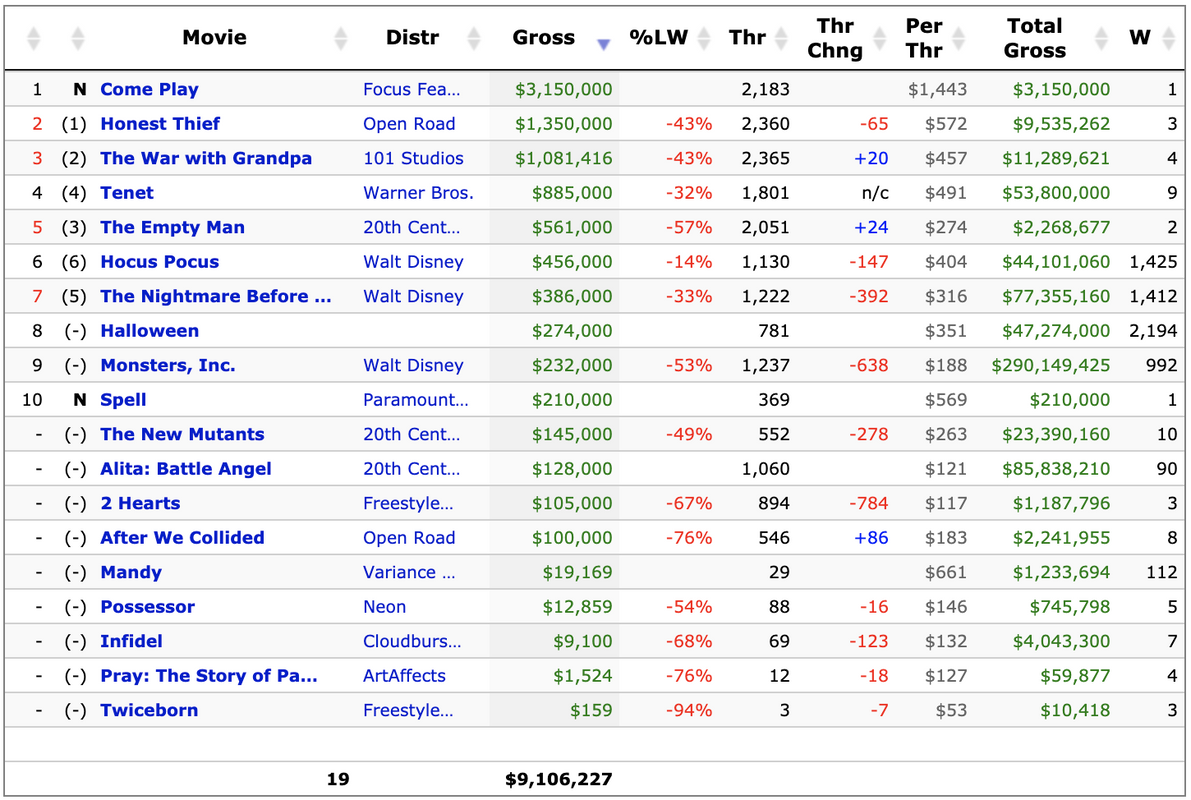