Horror film The Empty Man is another Fox-to-Disney flop, grossing only $1.26 million. The film barely had any marketing and only debuted a trailer last week. Those who happened to see it absolutely hated it, giving the film a D+ Cinemascore.

Next week sees the release of another horror film: Come Play. 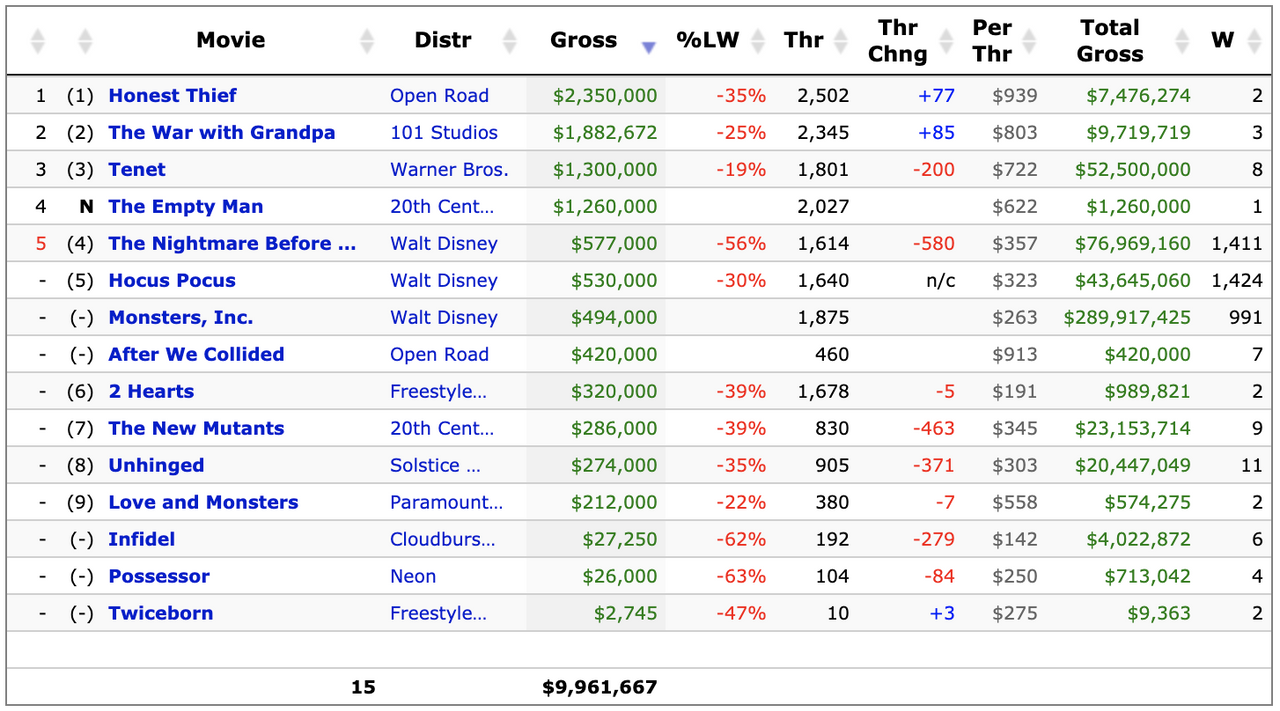