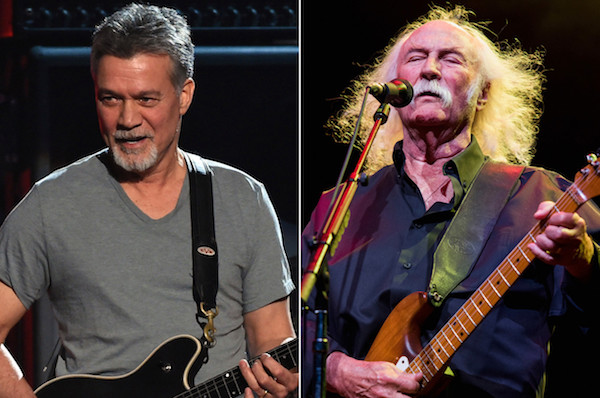 What's a good idea if you want to have millions of rock fans pissed off at you? Diss a recently deceased, beloved rock legend.

That's what David Crosby of Crosby, Stills, and Nash did when he seemingly insulted Eddie Van Halen on Twitter. A Twitter user asked for Crosby's opinion on the Van Halen frontman. He replied:

People were PISSED. Instead of apologizing, Crosby dug in his heels:

Hendrix changed the world of guitar. Nobody else really ...look I get it ..many of you loved Van Halen ....and the one time I met he was nice ....and he was talented ...meh to me means I don’t care that much ....and I don’t ...doesn’t mean he wasn’t good ,he was but not for me https://t.co/onttfvowU8

Crosby has since apologized, but the backlash is not over yet.

Open to: All, detailed results viewable to: All. Participants: 148

are u a Van Halen fan?