Armie Hammer's Son Was Severely Cut; Armie Wasn't There For Him, Went on Jimmy Kimmel Instead 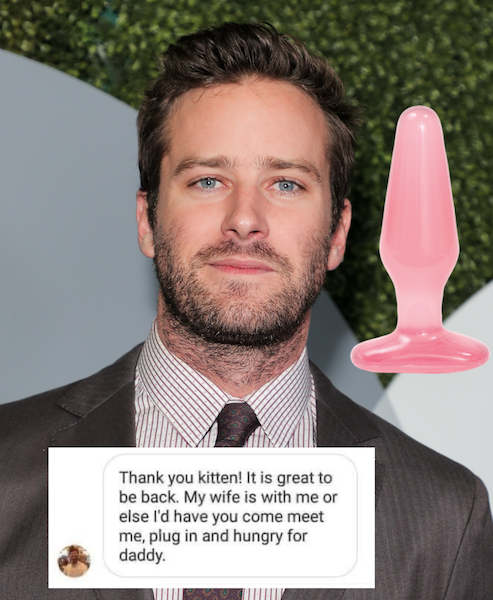 When Armie Hammer and his wife divorced, allegedly due to his cheating, he ditched his family in the Cayman islands to travel abroad. Well, former wife Elizabeth Chambers revealed that their son Ford, 3, was recently hospitalized to get five stitches after a bad facial cut:

“Ford rolled out of his bed while he was sleeping and clipped his cheek on the bedside table... After hours of crying (both of us), excessive bleeding (so much blood)... here we are.

So much love for the parents who do it alone."

Instead of returning home to comfort his injured son, Armie Hammer went on Jimmy Kimmel to do an interview.

.@ArmieHammer goes where no guest has gone since March! pic.twitter.com/BP1YCxtuQq

While Elizabeth has been raising their children on her own, Armie says that in quarantine, he has been so bored that, “I was literally sitting at home picking boogers and seeing how far I could flick them. I was really out of options.”