Last weekend was the 4th Matchday of the English Premier League and some of the matches gave us unexpected results, first Manchester United lost against José Mourinho's Tottenham Hotspurs with a surprising 1-6 , then Aston Villa FC faced Liverpool FC and the result was a shocking 7-2

Man Utd: “There won’t be a result that’s worse than our 6-1 loss to Spurs all season.”


Man Utd and Liverpool fans fighting over who had the worst performance today: pic.twitter.com/wlaOyKQPNp

The current table of the EPL : 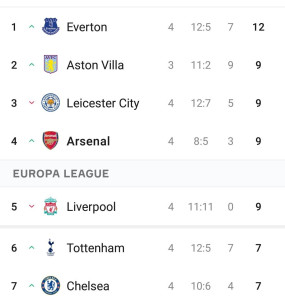