Christopher Nolan's #Tenet fell to $3.4M in its fourth weekend of play at the North American box office for a subdued North American total of $41.2 million https://t.co/EsHB6g4kpv pic.twitter.com/BsyRrjPb7p

The weekend box office is in and numbers continue to drop.

The New Mutants and Unhinged continued its 2nd/3rd place spots. Solstice Studios has stated it will continue promoting Unhinged during October so that theaters that have reduced showtimes and/or have not yet re-closed can still count on the film trying to bring people in theaters.

The only worthwhile limited release for next week is Brandon Cronenberg's Possessor. 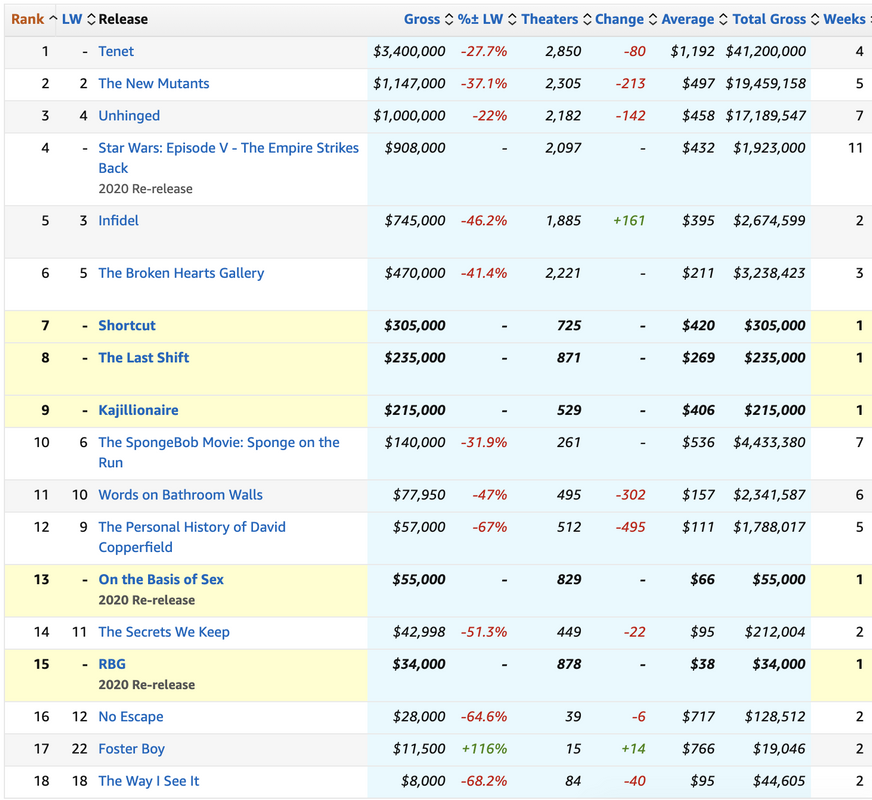