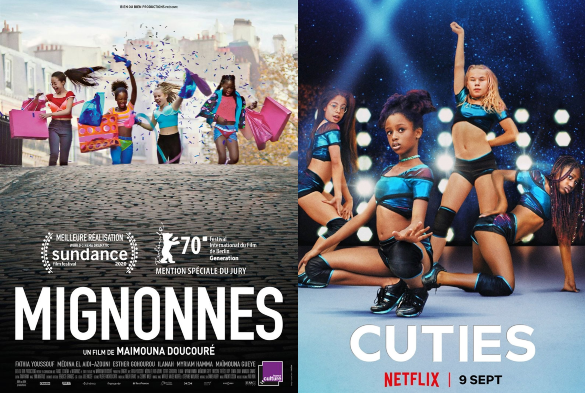 Cuties is a coming-of-age film written and directed by Maïmouna Doucouré. Among other things, it critiques the ways modern culture steers pre-adolescent girls toward the hypersexualization of their bodies. It won the Directing Jury Award at the 2020 Sundance Film Festival.

Netflix was accused of sexualizing the film's young actresses in its promotional materials. They apologized and updated the poster and descriptions.

We're deeply sorry for the inappropriate artwork that we used for Mignonnes/Cuties. It was not OK, nor was it representative of this French film which won an award at Sundance. We’ve now updated the pictures and description.


[Old and new description]This was the original description of the project: 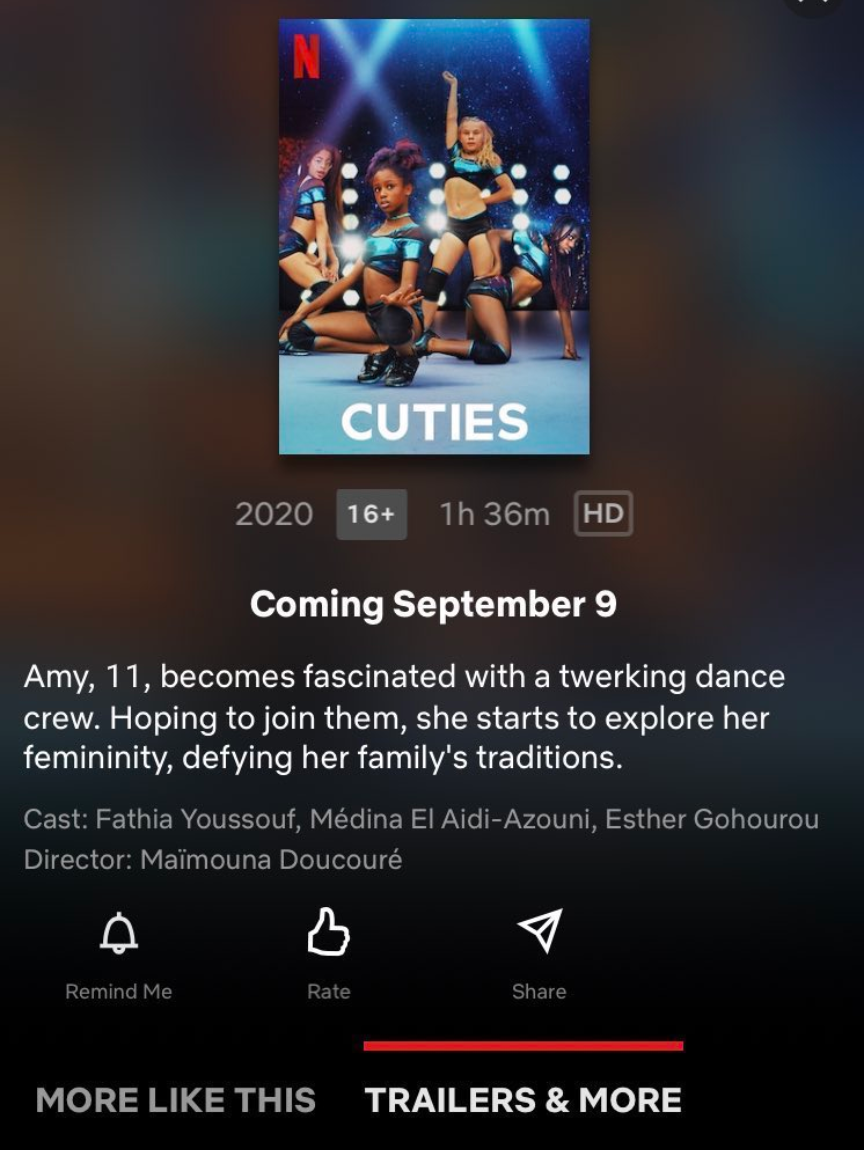 And here's the new one: 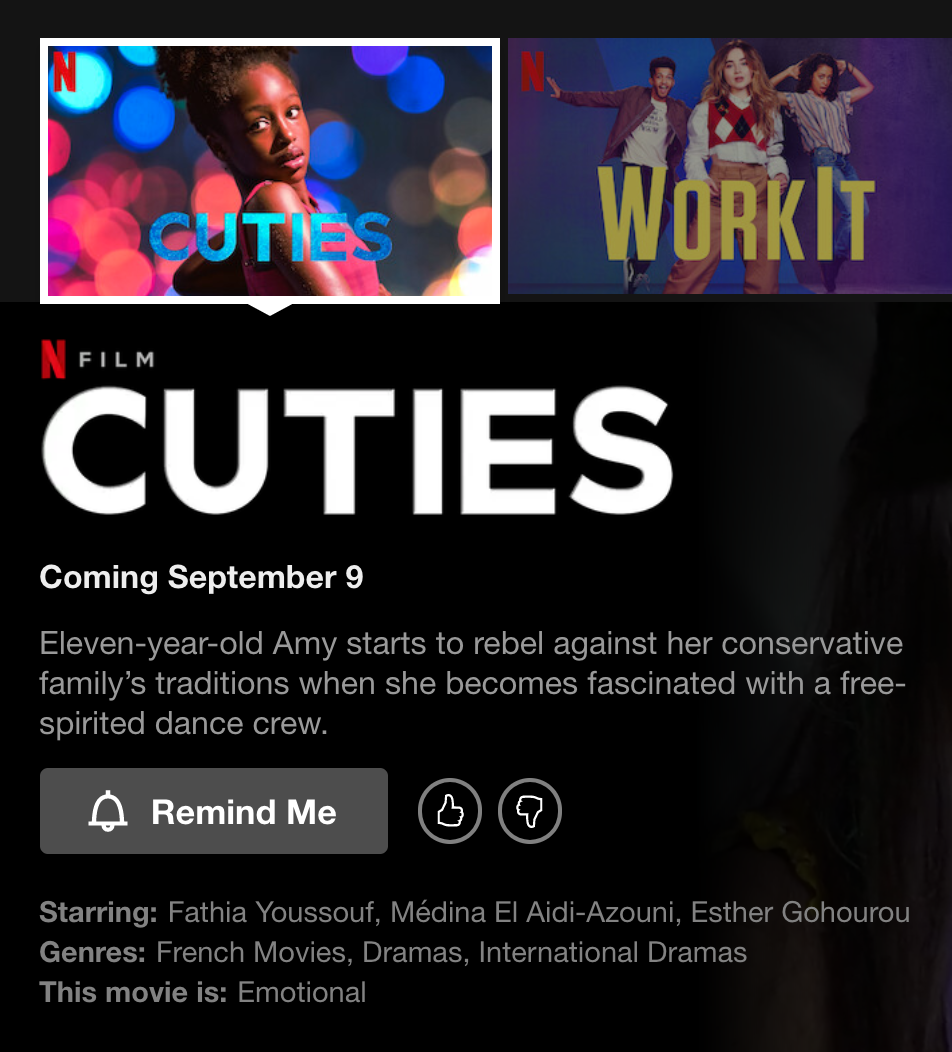