welcome to the panic room ( 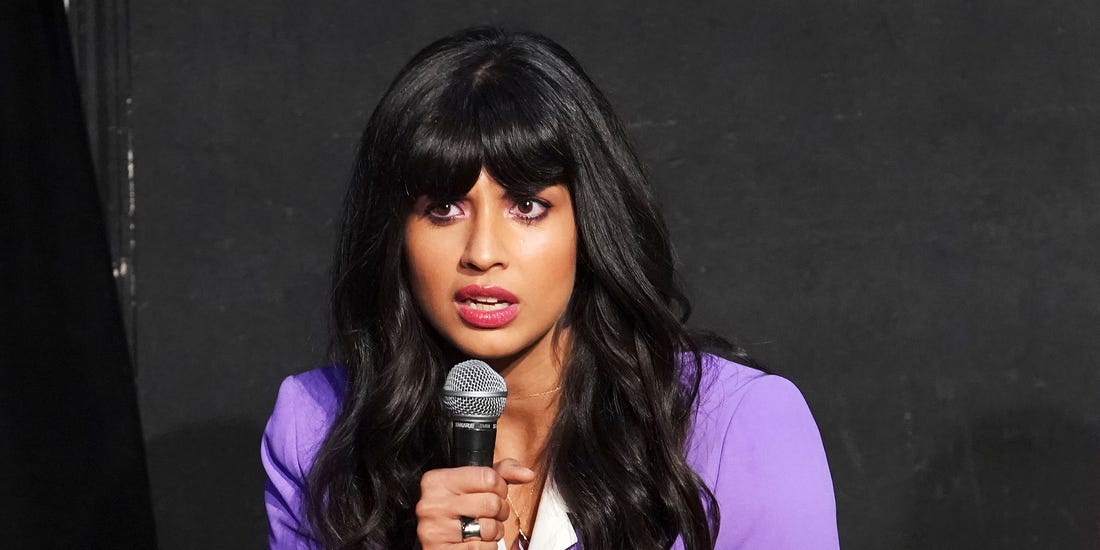 she replied: “Hard pass. Being weighed at school was truly the minute my eating disorder started at 12. I can trace it back to that exact day. Understand that size is not an indicator of health and just teach children about nutrition, make exercise fun and stop serving them dogshit at lunch.”

"Guest panellists Ash Sakar and Martin Daubney discussed plans to tackle child obesity after lockdown
, following a call from the National Obesity Forum to weigh children in schools from September to make sure they are losing weight.

Arguing that he thinks it is a good idea, Daubney said: “I have two kids, both of which were weighed. My boy is tall and big-boned and came in as obese. He doesn’t look it.

He added: “One third of kids are now starting secondary school obese, as reports say. Now that is a problem. And we have to accept now that obesity kills more than smoking in the UK. We worry more about feelings over facts.”

The British-born actress and model,  34, was replying to a tweet by the Jeremy Vine show who had a call-in to debate the subject." 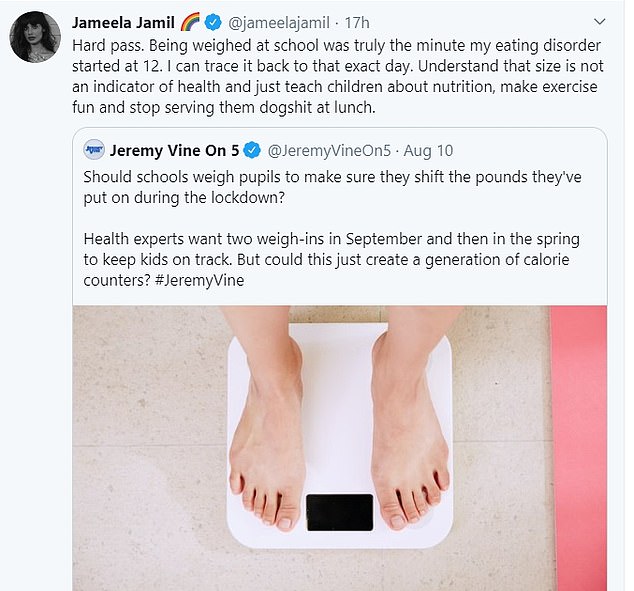 More At the Source