Sam Okyere apologizes about criticizing a group of S.Korean HS for wearing Black Face in photo 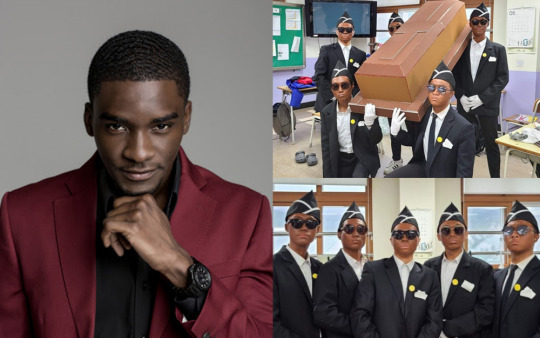 2 days ago, Sam Okyere a Ghanaian talent in South Korea, raised awareness in a now deleted Instagram post in both English and Korean about how since he started living in S.Korea that he always dealt with racism and spoke up about blackface in this country he now calls home as well as promoting both his culture and love of S. Korea. This particular post was about a certain high school in S.Korea, Uijeongbu High School, which is well known for their seniors usually taking funny high school photos. In this particular photo they imitated the famous Ghana pallbearers all the way down to their skin color..

There is absolutely no reason for Sam to apologize for speaking out about this. If netizens could take a deep breath and LEARN before posting hateful comments, maybe we wouldnt still have to deal with blackface in 2020#나는_샘_오취리와_연대합니다#I_stand_with_Sam_Okyere pic.twitter.com/ji5NkG7bDV

However, Knetizens were outraged with Sam okyere for speaking up about this issue and were quick to condemn him for being condescending towards the S.Korean education system, the students for being too young to understand, or for S.Koreans to understand the issues surrounding racism against Black people as shown on Knetizen comment boards.

From this particular show where people on this segment had to make ugly faces. 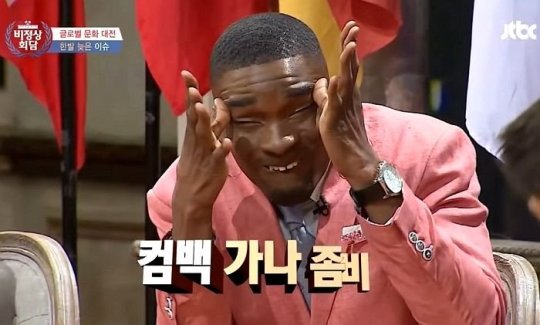 '[Exclusive] Sam Okyere criticizes 'black parody' while he himself was under controversy for 'slanted eyes' pic.twitter.com/dvUbbeckKp

many knetizens brought this up as of August 6th on the internet as well saying this was racist against East Asians.
After all of the backlash on Sam Okyere's instagram post, he later deleted it and apologized for his actions

Translation via google translate:I'm sorry for causing controversy because of the photos and articles I posted.

It wasn't meant to belittle the students. I tried to express my opinion, but I crossed the line and I'm sorry to upload photos without students' permission. I respect students' privacy. I didn't do well in that part.

And the part written in English is absolutely not that Korean education is wrong. We apologize for any misunderstandings in the interpretation. I wasn't referring to Korean education, but it was enough misleading.

I didn't know the Teakpop body was talking badly about Korean Kpop. If I knew I wouldn't have used this hashtag at all. I thought it was too simple.

I have been loved a lot for a long time in Korea, but I think I was a little frivolous because of these things.
I would like to say that I am sorry again.
In the future, I will become Sam Oyere, who has learned more.

However, even with his apology, knetizens are still criticizing Sam's original post

but some twitter stans are trying to start trending #IstandwithSamOkyere in light of all the backlash he is receiving.

I want the people that commented those disgusting things towards Sam to apologize. The only thing he did was call out a bunch of students for being racist not just to him but to other black people.#나는_샘_오취리와_연대합니다#I_Stand_with_Sam_Okyere#BlackLivesMatter pic.twitter.com/YnJs8TOfD4


Sources: (1,2,3,4,5,6, 7 )
I hope he has a great support network cause knetizens are so brutal and I feel they literally want him to kill himself with all the hateful comments hes' getting.