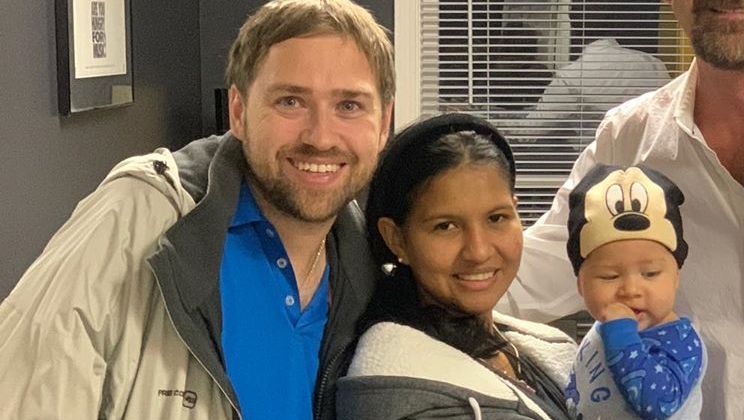 Fans of TLC's 90 Day Fiance are no strangers to the roller-coaster relationship of Karine and Paul Staehle. The pair are known to fight over social media but this past week really tips the scale from messy tmi relationship to a potentially dangerous situation.

It started earlier in the week, cops were called because Paul alleged Karine had pushed him. When cps arrived a friend of Karine's denied anything happened and the cops went home.

A couple days later, cops were called again after a fight between Karine and Paul. In true Paul form, he recorded the entire thing for Instagram Live.

Holy shit Karine from #90DaysFiance just called the cops on Paul and then Paul went full Paul and I can’t be the only one who is invested in this. pic.twitter.com/TXE3Oxy17G


Paul claims the fight happened because he overheard Karine was talking to a Brazillian lawyer about divorce and child support. He also alleged Karine was the one being violent towards him and there was an open CPS case against her because of her drinking. Police determined this was a custody dispute, wiped their hands clean of it, and went home.

Friday night, Paul is admitted to the hospital with, what he claims, an STD he caught from Karine. Paul alleges Karine has been cheating on him. During this time, Karine flees with baby Pierre and files a restraining order on Paul.

Update 🚨 Karine left him and filed a RO #90DayFianceHappilyEver pic.twitter.com/mhrNHcN5eu

Paul received the order, and again in true Paul form, posts it on Instagram.


In the restraining order, Karine made the following accusations:
* Paul forced her to make videos for social media
* He would berate her and call her mentally ill
* He'd constantly accuse her of cheating. He put cameras all around the house to catch her, and Karine says she was never allowed to leave the home.
*He monitored her phone as well.
* When Karine went to the doctor to get on birth control. Paul flipped and refused to allow it claiming it would be similar to abortion.
* He constantly threatens to take their son away from her if she doesn't do what he says. Karine claims he holds all her documentation hostage to make sure she does what he says.
*Sexual abuse warning [Spoiler (click to open)] Karine claimed on multiple occasions Paul would grab and painfully squeeze her breasts. He would then force her to the floor, shove his penis in her mouth, and rape her.

Currently, Paul is claiming Karine is missing and the sheriff is trying to find her. He's asking fans for information on her whereabouts because he's "concerned". Other sources claim that Karine is currently in a women's shelter with Pierre.


OP note: I'm probably forgetting a lot of stuff, but it's a scary situation and I hope Karine can get away from this guy.