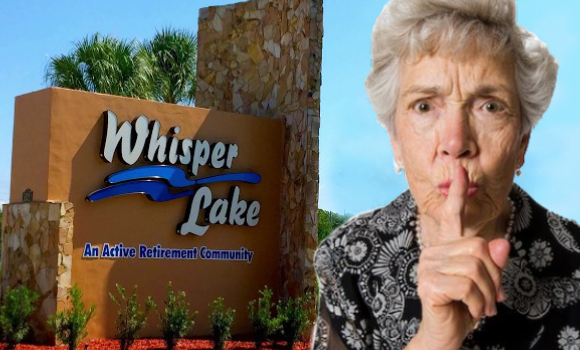 "This is the bad place."

Why? The Good Place didn't turn out to be as good as it should have been, Kristen Bell is a disappointing gentrifier who overshares about her toxic relationship with an ugly man-child, it's unoriginal, and it doesn't make sense; as soon as Eleanor realized she was in the Bad Place, her memory was erased and she started fresh. As far as I can tell, we're stuck here.

[You can still visit every other Sunday]
"We're living in the darkest timeline." 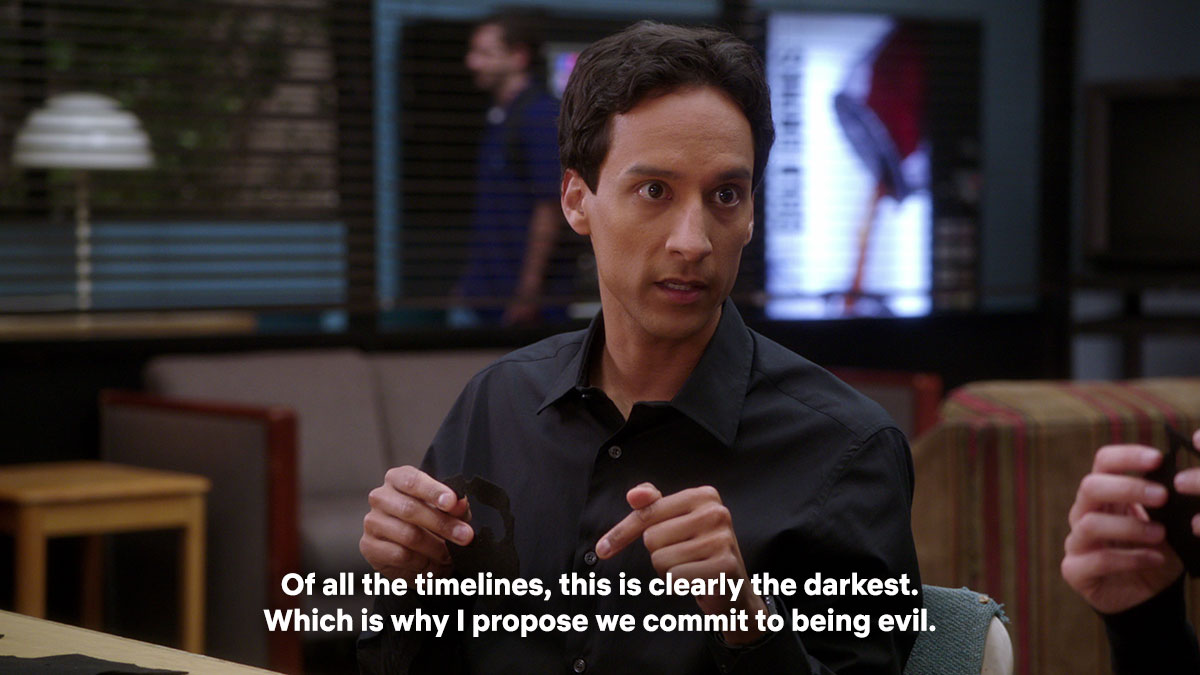 Why? Though this reference to multiverse theory had a peak in Google popularity in early May 2020 (with a prior spike in November 2016), it made its pop culture debut in Community's "Remedial Chaos Theory" episode — which aired in 2011. Most often said by people who are not actually facing the harshest of what our world has to offer, it's a glib response to actual suffering. Also, things can always get worse and you're jinxing it.

Why? False. The progression of time is not the same as progress and the elderly and aging are not the only bigots among us. As should be obvious by now, there are plenty of young people happy to embrace racism, sexism, ableism, homophobia, xenophobia, etc., not to mention the individualistic bootstraps mentality their rich or wannabe rich parents imparted. Thinking it'll be smooth sailing once the younger generations take power is naive (and gives us an easy out for our own blind spots and biases).

Why? Dumb. Florida may be terrible, but so is most of the rest of the United States. Sure, there are better places to be, but Florida is hardly unique in their outrageous behavior or bigoted residents/politicians. People elsewhere aren’t living lives free of prejudice and violence simply by virtue of their zip code. We'd do well to remember, “First take the plank out of your own eye, and then you will see clearly to remove the speck from your brother’s eye.” [Matthew 7:5]

megalixer
July 21st, 2020, 05:28 pm
I have probably typed most of these phrases at one point… internet slang is the circle of life, all memes must have a beginning (black twitter) and an end (#nostalgia buzzfeed-y articles)

loving the black & white theme on this page

beeach_comaaa
July 21st, 2020, 06:09 pm
GIANT METEOR 2020! This joke is 16+ years old. I have friends who say this INCESSANTLY. And they’re like “no I’m fucking serious!!!” Dude no you aren’t. STFU. You’d be scared shitless if that actually happened. Also sorry but odds are you won’t die instantly from said meteor unless you’re in its direct path. Also guess what, 2020 has granted your wish, in the form of coronavirus. Saying you wish everyone would die is extra shitty right now.

rainbows_are_ok
July 21st, 2020, 06:14 pm
ONTD always says shit like this and it’s ridiculous because it’ll the same ones who put “TW: suicide” or comfort people that talk about their suicidal thoughts yet in the next post they’ll say “I wish we would all die tomorrow” or “we don’t deserve to live” and it’s like, speak for yourself. Ive brought this up before but there was a post where Stephen Colbert talked about how he gets through life after tragedy and people were so angry that he had a positive outlook on life.
(no subject) -

musicnkisses
July 21st, 2020, 10:50 pm
I hate this shit and it’s always white people complaining about the world they directly/indirectly contributed to. I’m sorry you’re being pressed to help dismantle systems you benefited from and now want everyone to die instead of facing this garbage world.

Some old memes can stay

trueloveisrarex
July 21st, 2020, 06:47 pm
I loved this post op. And the only reason I’ll cling on to “they just have to die” is because it would bring me the ultimate peace knowing one less bigot is breathing the same air as me

violue
July 21st, 2020, 07:04 pm
God I miss actually liking The Good Place. I had to ignore a lot of specific and crazy phobias just to fucking watch a show dealing with death, hell, and altered reality, but it felt worth it until the final season, particularly that last episode [of the series] where three lead characters commit soul suicide.

Seriously though, many of these dont bug me for repetition, but if someone is sharing BLM or other movements/call to action stuff for the sake of memeing it rather than taking it with the seriousness it deserves, then that mentality needs to go.