ONTD Original: 5 characters who were intended to be LGBT 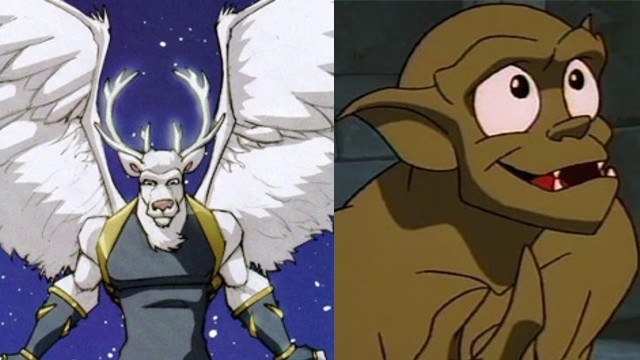 Gargoyles is an amazing show with some great representation. The show itself is an animation masterpiece, with great voice acting, dramatic and Shakeaspearian storylines, and some of the best morally complex villains on TV.

... But you know, Disney still made it, so of course it wasn't perfect. Greg Weisman has stated that the writers only came to the decision that Lexington was gay towards the end of the series, but in a AMA on his personal website, he confirmed what everyone knew anyways: that there was no way Disney would have let Lexington be openly gay in the mid 90s.

Still, Lexington was eventually going to end up with a mate in the comics, a gargoyle from a London clan called Staghart. Staghart was to be an openly gay gargoyle that helped Lexington figure his sexuality out, and they would eventually hook up. But the comics were canceled before they got together.

There's always been a lot of talk of Disney rebooting Gargoyles. If that day ever comes, maybe they can finally make Lexington gay as he's inten... lmao just kidding I know Disney's not gonna do it.

( 4 more examples under the cut!Collapse )

dianakingston
July 10th, 2020, 06:22 am
The bitch of it is, Garak and Bashir getting together would have solved so. many. problems with DS9's relationships in hindsight: Ziyal might've been more independent and a little less naive if she hadn't been written into an "opposites attract" thing with a man her father's age; and Ezri wouldn't have fallen into the narrative of Bashir being "rewarded" for sticking it out long enough for Dax to like him, maybe that would've given more screentime to the confusion she had towards Worf.
←
→