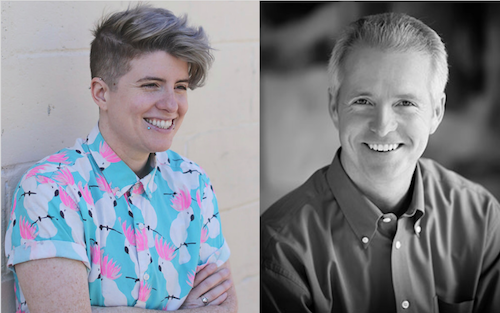 The literati world and the church world don't intersect too often, but when they do-- whew-- it gets intense.

Daniel Lavery, an author and blogger (previously known as Daniel Ortberg), has publicly accused a pastor at an evangelical mega-church of allowing a known pedophile to work with young children unsupervised.

Worse? The pastor in question is Lavery's father, John Ortberg Sr., and the accused pedophile is Lavery's brother.

In November of last year, I reported to the Elders of Menlo Church that their senior pastor, John Ortberg, had conspired in secret to provide a person experiencing compulsive sexual feelings towards children with unsupervised access to young people through youth groups.

Daniel is the son of John Ortberg Sr., a pastor at Menlo Church. Daniel claims that his brother experiences compulsive sexual feelings toward children. As a form of "therapy," Pastor Ortberg and other seniors at the church encouraged the man to work with children unsupervised.

Lavery claims that the church failed to conduct a thorough investigation and continued to allow the man to work with children.

There is no evidence that the accused man has every abused a child, but he has allegedly confessed to having compulsive sexual and romantic feelings for children.