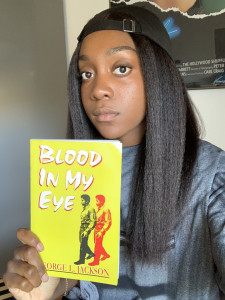 Various things came to a head on Twitter this week involving Noname, Chicago rapper and book club founder. First, on Monday, Noname sat down alongside Boots Riley, formerly of the Coup and director of Sorry to Bother You, for an interview with Khury Peterson-Smith for Haymarket Books. They spoke about a variety of issues including the direction activism should go and the interconnectedness of capitalist systems and white supremacy.

Noname spoke passionately about the need to show up for Black Trans women and said that she didn't think Black men were there for those conversations. Boots Riley got defensive and patronizing. Reactions on Twitter were calling out Boots for "mansplaining patriarchy" and derailing conversations. People also pointed out the stark difference in how much time Noname felt comfortable taking up versus Boots.

😂 boots riley and @noname ‘s conversation in a nutshell. Thank you for sharing your journey and wisdom @noname
pic.twitter.com/qQmAqlBmus

Watching Boots Riley mansplain patriarchy to Noname is making me want to lay down on the floor for the next 18 hours (at least).

Also today in Noname news, J.Cole released a song pretty unanimously interpreted to be taking shots at Noname after her tweets in late May on rappers failing to speak out.

Noname's tweets from May 29 are now deleted, but Complex Mag reported her saying, "Poor black folks all over the country are putting their bodies on the line in protest for our collective safety and y’all favorite top selling rappers not even willing to put a tweet up" and that there are rappers whose "whole discographies be about black plight and they no where to be found" in the current uprising.

J.Cole's new track, Snow on tha Bluff, included some clownie-ness of its own, particularly his disapproval and policing of Noname's tone and his implying that she was preaching to the choir and not making a difference with her activism on Twitter. He also ended the song by asking to be taught. J.Cole said on his song that his college degree fools people into thinking he is smart when he is more average, an assessment that Twitter seemed to largely agree with.


In response, Noname tweeted "QUEEN TONE!!!!!!" in reference to J.Cole saying "something about the queen tone" was bothering him, though her tweet has since been deleted.

Yet another L for men masking patriarchy and gaslighting as contructive criticism.