After Taylor got her brother to cover her song for Killing Eve, she liked this post on Tumblr: 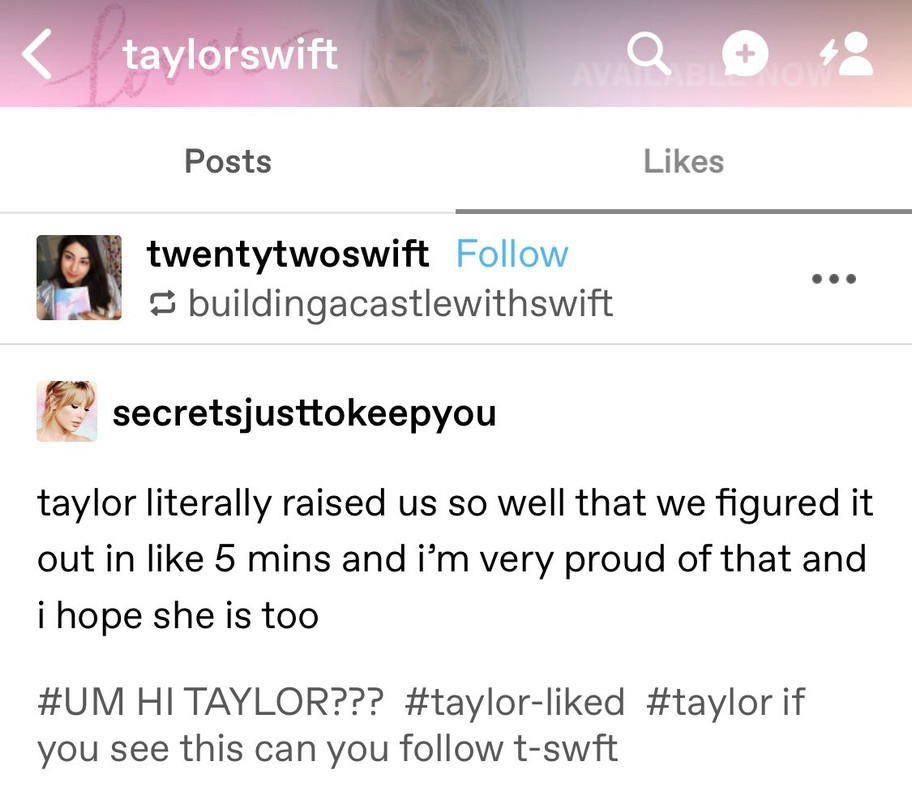 On June 4th the OP of the liked reblog edited her post so that the following would show up in Taylor's likes on Tumblr: 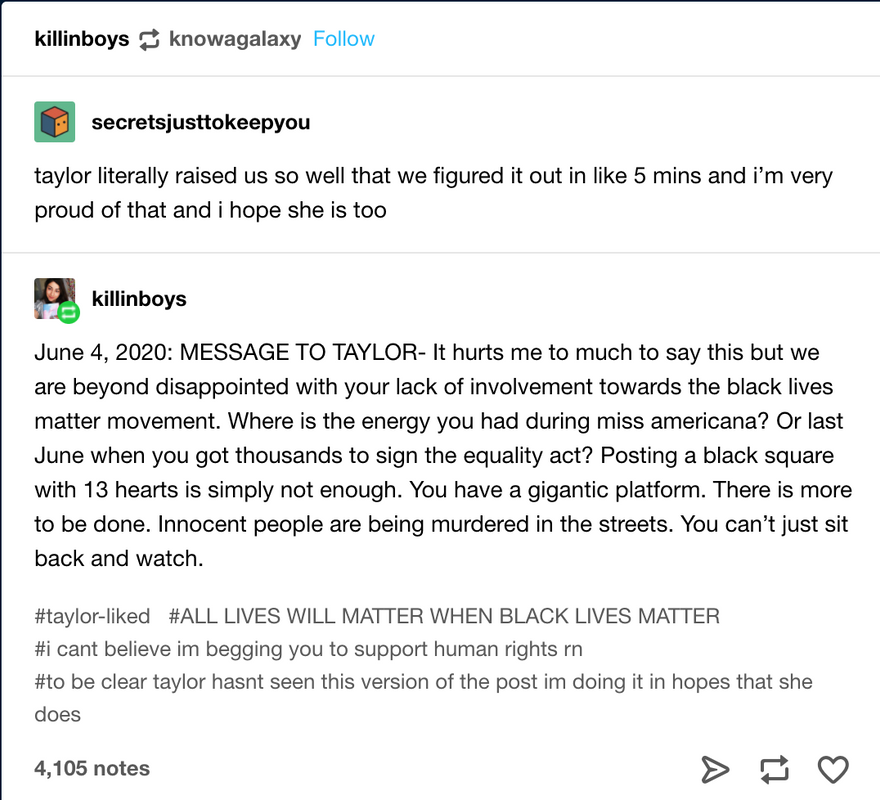 Speaking for a large portion of Swifties, OP said:

"It hurts me to much to say this but we are beyond disappointed with your lack of involvement towards the black lives matter movement. Where is the energy you had during miss americana? Or last June when you got thousands to sign the equality act? Posting a black square with 13 hearts is simply not enough. You have a gigantic platform. There is more to be done. Innocent people are being murdered in the streets. You can’t just sit back and watch."

She has yet to say anything about #blacklivesmatter /  current events beyond a tweet that mainly focussed on attacking President Trump (brave) and posting the aforementioned black square. Swift has yet to acknowledge the edited post.