Free For All Friday

The fact that they would do this is actually worse than what Biden said in the first place. pic.twitter.com/xrXmGA3CZh

And no one is surprised

they are trying to out-trash each other

Yamiche Alcindor @Yamiche ·3h
NEW: Former VP Joe Biden just dialed into a U.S. Black Chamber call and addressed his remarks to Charlamagne tha God. Biden said, "I shouldn't have been such a wise guy. I shouldn't have been so cavalier...I have never, ever taken the African American community for granted."

I'm sure Trump won't put that on a tee shirt.

Karen thought she was going to get away with attempting to drive away from the scene of an accident!

Notice how she screams "help" when the White officer arrived? pic.twitter.com/A7wVOiKdHD

When he threw her to the ground, my face just lit up like a Christmas tree. I refuse to acknowledge her asking for help from the other officer and instead will just focus on the 1st one grabbing her and then throwing her onto the ground.

Maybe NASA was wrong and that alternative universe does exist.

what in the lana del rey. 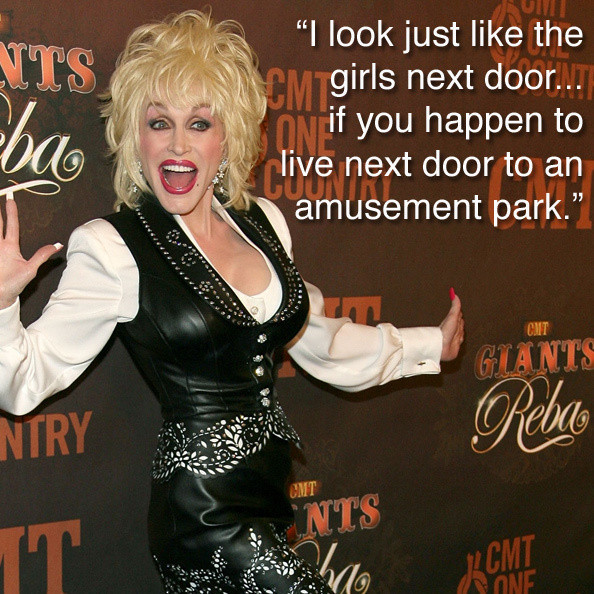 Dolly is a national treasure.

an angel, an icon

Dolly is amazing and she has to outlive this pandemic. If she gets it and dies, I'm beating up every and any unmasked person. Except for children and people who can't wear them due to sensory things. (My 5th cousin has issues with sensory sometimes and I know his mom must be scared because he goes to a school and the longer he's out, the more it's gonna be hard.)

Is there anywhere online that you can order magazines?

Single issues? I'm not sure.

But I do know Amazon offers cheap subscriptions for lots of different magazines.

For free:
Your local library has them online
Or google "magazine + free" and see if you can sign up for any physical subscriptions


Otherwise you can try sites like amazon or magazines.com and pay for it. Or the website of the magazine you want.

I once got tipped 1 cent by a tween who thought it was so funny.

No, don't wish that on them.

Wish that they step barefoot on their child's lego.

Wish that they turn and bump their pinky toe on table legs for the next few days.

Then again, they may be immune-compromised and only have enough to get the bare essentials. Which sucks ass as they can't tip if they are without money.

Imagine coordinating this. Honestly, they should be publicly shamed.

have people lost their minds

what in the fuck i am so embarrassed

I think they totally planned it. Wtf 45 supporters probably.

My stimulus check was mailed today! I can’t wait to get it. I need a dishwasher. I have to run it twice and I’ve been hand washing a lot of dishes Ugh. It’s almost 20 years old. It’s time.

It’s not canceled! You celebrate Pride in your heart!

Hehe, it just made me giggle.

My city is still doing a virtual event with performances, speeches, and vendors. I'm excited to see how that will turn out. I was trying to encourage my nephew to send in a performance audition, but he's too shy, he said.

corporations learning there won’t be any pride festivals this year: https://t.co/bvd3RJcvnL

ONTD, you know I love us for REAL but I really just have to say this - having only seen/known about Jojo Siwa via posts of her on here the way she's talked about & projected upon is WEIRD. If nothing else 17 is still a child and unless someone has some insider information they aren't sharing the idea that she's 'miserable' or 'immature' because her styling or whatever at 17 is brighter/more lisa frank than 'other' 17 year olds is a lot. If she acted like Bhad Bhabie it would be worse.

Some teens like their rainbow shit, and this doesn't read like someone who's upset or miserable (and TBQH I doubt she's a good enough actress to fake it otherwise if she was) so why is it a big deal? Hell, if anything I'm assuming having a public 'rainbow Jojo' face and a private Jojo face is better for her in the long run.

i agree! some ADULTS like rainbow stuff. its weird man. Jojo Siwa is obviously an internet persona for kids which is her audience. she doesnt owe it to us to "prove" that this is all an act and she actually hates rainbows and only wears black.

the same people who criticize jojo siwa for this also criticize teens for being too sexualized, so which is it??

I'm almost twice her age and her party sounds fun. Like I wouldn't be having JoJo themed birthday, but a party with my face everywhere (isn't my ideal either but it's also cool af) and I would get to dress like Zenon? Count me in!

She's harmless. Even if it is just her persona it's okay to show kids they can hold onto their childhood a little longer. You don't have to go full on Drew Barrymore at 12.🤷‍♀️
More Expand

im having the worst period cramps ive ever had in my life and my dog is sick (likely some kind of tooth infection) :( today sucks

If you can do a warm bath it can definitely help!

Omg! I mean I get they panicked. I relate. I set my shirt on fire earlier this week reaching in the cabinet over the stove. Dumbass move.

I have this fear that a grease fire will happen and I will forget you cant put water on it and burn everything down.

I was reading thr "we're back" post on the Bath and Body Works Facebook page and people complaining that there have been no sales or free shipping.

smh people are so greedy.

They did jack up the price on their hand sanitizer though. I don’t care. I just wish they had more of it.

I feel you. I'd been stocked up on their stuff since probably 2010, but in recent years I was like, this is ridiculous. I'm going to buy a little at a time and save $$$. Then the pandemic happened and I only had 2 soaps and 2 sanitizers.

I mean, by a dollar for a pack off 5, but I think they might've done it just before the pandemic

I complained bc my stuff didn't ship for weeks (and then it did like a week later), I didn't want coupons or free shipping. Honestly, even I was annoyed by everyone else begging.

that page is such a fun read, with all the Karens pissed

A lot of places were offering free shipping and instead they jacked it up to 9.99 from 5.99 when they knew people needed hand sanitizers which they also raised. So I dont blame people for being annoyed.

I wonder if this is connected to the fact that childcare for my 2 kids cost $30,000 last year. https://t.co/TwOcozelTy

my cousin said he paid 15K for his kid's preschool and that was before he had another kid.

Whew, 30k? That is more than some make in an entire year.

it's like suddenly people realise it's too expensive to have kids.

My brother said that the preschool they applied to is expensive.

SO glad I'm never having kids

My coworker showed me how much he paid for his two kids to go to daycare and it was like $27k. I can't even imagine.

honestly, i never understood this thing. no country should push for more births, like, adapt your fucking economy for less people? ffs

my cousin is a teacher at some fancy school, like they go kidergarden to 8th grade and it costs like 30K a year!

I mean I'll say many child care workers are severely underpaid. It's the owners that are pocketing all of the money.
All childcare should be a government mandated program in my opinion and public benefit. Also of we had a better social safety net for parents that would also help. So many factors at play here.

honestly, I've noticed I'm way more open to having a kid now that I'm engaged to a European and I'm going to be moving to Germany. It's just so much more affordable that its something I went from 'no fucking way' to 'maybe in a few years if things work out alright for us.' I'd still rather adopt, but...

Oh cool, whereabouts are you moving to?

I think adoption is amazing but sadly it's not always feasible for everyone. A friend recently mentioned she wouldn't be able to adopt because she has a chronic disease (diabetes).