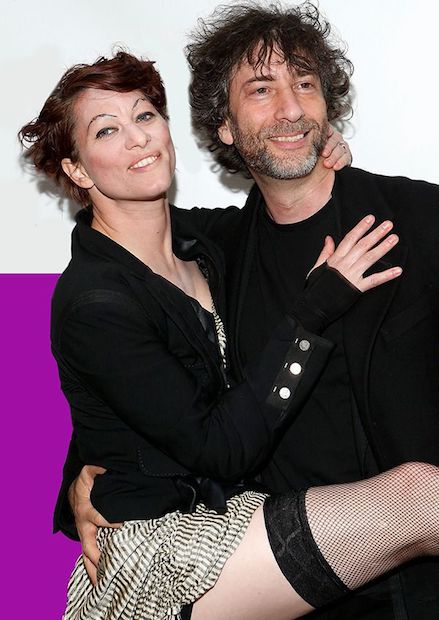 EDIT: I don't know why the cut is not working! I have fixed it multiple times, I am so sorry!

British author Neil Gaiman and indie musician Amanda Palmer recently broke up amidst a bunch of drama. Need to catch up? Need to reminisce about their wild relationship? It involves top hats, goths, fake suicides, mermaids, polyamory, and more.

Let's start at the very beginning: a very good place to start.

the internet is also bored right now. there are no concerts or new mega-blockbusters to critique."

"i’ve made a commitment to myself to try to stay off my own screens when i’m taking care of ash. that has been hard as hell in the past few days, as my phone has been buzzing off the hook.

so, after the the flurry of ”don’t look at the internet“ texts came in as i sat down to per, setting off the echoes of verse-chorus in my head, i walked out of the bathroom and set ash down. i walked away, and i pulled out my phone. i did not look.

i wrote an all-to-familiar text to my team to watch out for anything so threatening or abusive that i‘d need to phone the police, and i turned my phone off and sat down with ash"

"i do not sound the emotional distress signal to hurt anybody, but to call in my people. this has been a source of misunderstanding between me and many people (often men) for eons. neil's strategies for how to deal with the public have always been very different, this is one of those cases where an unstoppable force meets an immovable object. in therapy, neil and i often used to talk about our struggle for "control of the narrative", the deep and dark struggle over who gets to tell the story. you can tell a story by saying nothing, you can tell a story by giving every last detail, they're both still....choices. "

I don't think asking for privacy really worked (but thank you to everyone who respected the request). Heigh ho. I'll put up a blog later tonight. I love all of you going through rough times right now, and so does @amandapalmer.

May 9, 2020: Gaiman's Goodreads account reveals that he is reading a book called "Splitting: Protecting Yourself While Divorcing Someone with Borderline or Narcissistic Personality Disorder." He later claims that his account was hacked by someone has has "a dark sense of humor." 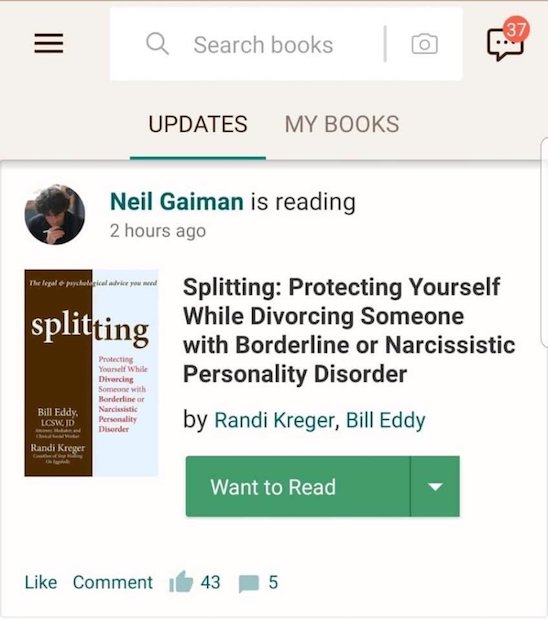 If I forgot any good details, comment/PM and I'll add them!

Neil Gaiman leaves Amanda Palmer and their child behind in New Zealand, returns to England by

Neil Gaiman updates his Goodreads in a Pointed Manner by

Sorry there are so many sources, mods!!!