The Dixie Chicks' album, Gaslighter, was supposed to be released today. Since it was "delayed indefinitely" we got a scrap instead: their brilliant new song "Julianna Calm Down" which is written for their daughters and nieces.

Also, side note, I think the Dixie Chicks are on the verge of rebelling?? The lyric video was posted on their instagram page yesterday for a brief moment, which was deleted and then followed by this post from Natalie (which has also been deleted): 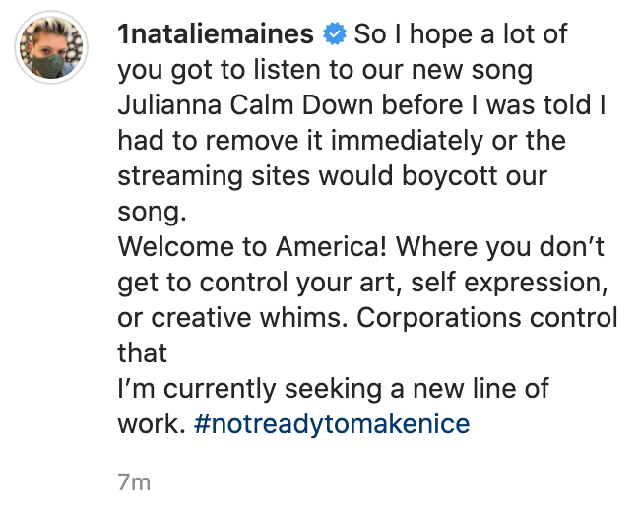 Are you sad that the record label won't let the Dixie Chicks release music on their own terms?? #FREEDIXIECHICKS #LEAKGASLIGHTER