Celebrities React to the Rumor that Kim Jong Un is Dead 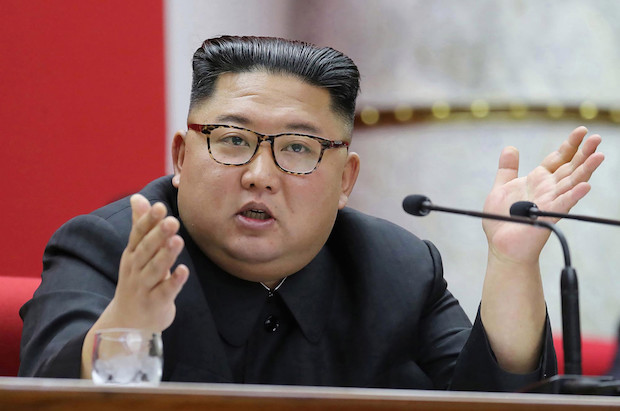 Kim Jong Un, the Supreme Leader of North Korea, is rumored to be in a vegetative state or dead after undergoing heart surgery. This was reported by a director at a Chinese news station, HKSTV Hong Kong Satellite Television. The report has not been confirmed, but has spread like wildfire around the world.


NEW - "The U.S. has a very robust and wide ranging intelligence effort to monitor Kim's situation and those of his inner circle at all times. As I understand it, there are no significant aberrations in this pattern of life analysis." #KimJongUn https://t.co/9aiRgtwg3b

Trump’s going to be more sympathetic to the death of Kim Jung Un than tens of thousands of Americans from corona, isn’t he?

BREAKING: Kim Jong Un has reportedly died after a botched heart surgery, according to outlets in China and Japan. No official confirmation from North Korea.https://t.co/DRV5a6gQD2

It’s so obvious that these reports of Kim Jong Un possibly being dead are a ploy to distract from this week’s true bombshell. 🤯😤 pic.twitter.com/G74Ao1lIvO

Wait so is Kim Jong Un dead or nah? pic.twitter.com/uYsdjyqiiZ

I know these are some D-list celebs, but we need a post about this.