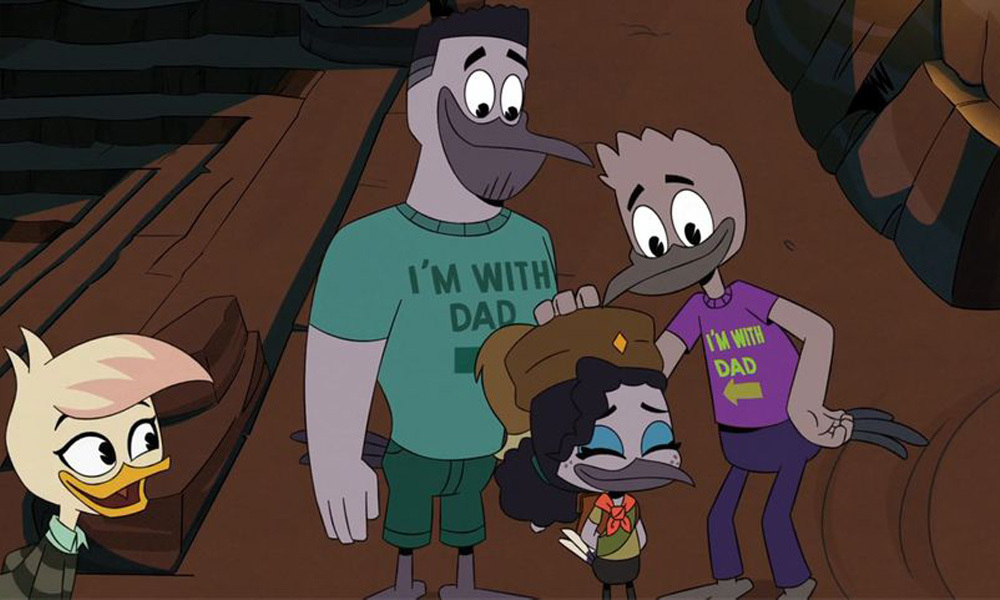 The Christian hate group One Million Moms is once again trying to boycott Disney, this time over an episode from the Ducktales reboot revealing that the character Violet Sabrewing has two dads.

Ducktales co-executive producer Frank Angones previously talked about the dads on his tumblr, writing that “we had a lot of conversations about who Violet was and what her background was and came up with this fun notion of her too enthusiastic, overly supportive dads who love being dads.”

Angones also wrote that he was “well aware that the ‘queer representation through parents and background characters’ trope is an issue” and acknowledged that “we really have not done enough relevant LGBTQ+ rep. We do have some themes and ideas coming up that address relevant LGBTQ+ narratives. But there’s always opportunity for a lot more; I don’t want a cop out and a cookie for saying ‘look at this one thing we did!’”