Last month the Paramore frontwoman release her debut single, Simmer, from her forthcoing debut solo EP. Immediately fans of the enigmatic ionnalee noticed similarities to her solo projects and even more so to her iamamiwhoami project. iamamiwhoami created a stir in 2010 with several mysteries videos appearing on Youtube, many of which had the internet trying to guess who it could be. Guesses ranged from Lady Gaga and Christina Aguilera to Poe and Lykke Li. Now, ten years since the original release of the iamamiwhoami project, fans are calling out Hayley Williams for allegedly ripping off the original project.

@yelyahwilliams Were you inspired by @_iamamiwhoami_ @ionnalee ? Credit is important for artists not in the “mainstream”. 🥺 No shade. She’s just too amazing to be ignored pic.twitter.com/eXt6rWjHes

I wasn't going to say anything but this Hayley Williams stuff is undeniably a rehash of @ionnalee and @_iamamiwhoami_'s visual storytelling from head to toe. @LindseyByrnes @warrenjfu @yelyahwilliams explain yourselves?

the new concept that @yelyahwilliams uses for her videos are identical to those who wear using @_iamamiwhoami_ the last 10 years, although hayley's music remains faithful to itself, the visual has much similarities with the project of the Swedish artist @ionnalee 👀


I think the biggest point to iamamiwhoami fans is that Hayley has gone ahead and used several references, and there is no one specific video she's ripped off just the general aesthetic and visual story. This point was further driven home with Hayley's use of the "figures" in the white morph suits in her latest video for "Cinnamon" which has been a staple of the iamamiwhoami audiovisual strory for years. 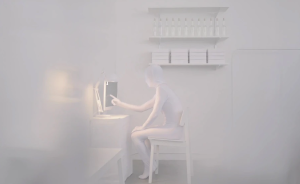 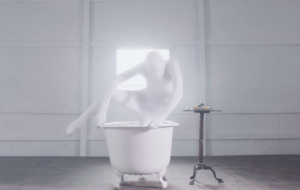