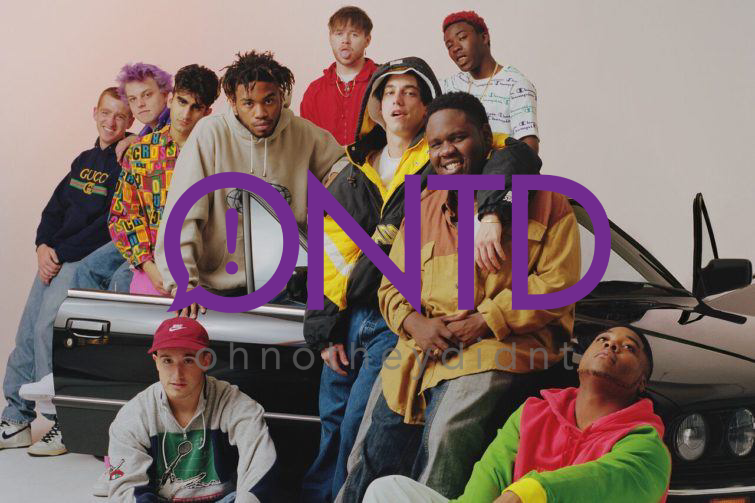 Hello ONTD, today ya'll are going to learn about your new favorite boyband/ hip hop collective: Brockhampton! If you have some time to kill grab some snacks, kick back (or sit in a chair with proper back support) and get ready to dive in!

!!! WARNING: This is a VERY image and video heavy post !


In 2010 musical icon Kevin Abstract made a post on the Kanye West fan forum KanyeToThe asking if anyone wanted to join him in making a boyband. From there, with mainly local friends and some of the people who replied to his forum post they created ASF (Alive Since Forever) in 2013 which changed and became Brockhampton the following year.

Since officially becoming Brockhampton and the release of their album trilogy, Saturation I, II, & III the group has been met with critical acclaim and well as a steady growing fanbase. With over 5 million monthly listeners on spotify, appearances on late night and day time television, and hilariously referenced to by Hasan Minhaj on his hit Netflix show The Patriot Act, the group has cemented themselves as a fixture (albeit a bit underground) of pop culture.

Ian Simpson aka Kevin Abstract is the founder and leader of Brockhampton. Before creating the boyband/ collective he was a soloist. Writing and producing music from as early as 11.  At the age of 15 he came out as gay to his friends and family and ran away to live with his sister. This has caused the relationship between him and his mother to become strained, a subject he sometimes touches on in his work.
Along with being the driving creating force behind the group he continues to pursue his own work as well. He has the most prolific solo discography of the group with having released three studio albums and a handful of mixtapes. With his own work garnering great reviews and being offered recording deals by major labels prior to Brockhampton’s official debut it was clear Kevin was going to be a star. Brockhampton was often referred to as “Kevin Abstract’s group” before they made a name for themselves.

It’s everyone’s mediocre white boy fave, Matthew Champion aka Matt Champion. He and Kevin have been best friends since highschool (and THEY were best friends with ***** but we’ll get to that). With his deep voice and sweaty white boy looks Matt is something of a fan favorite. He also sings sometimes… rarely but sometimes. He has a few singles he released before and early into Brockhampton’s career. Not really much else to say about him other than that. Sorry to this man.

Dom McLennon is arguably the best rapper of the group. In songs you can often pick him out through his fast flows and introspective lyrics. Despite this he’s constantly overlooked by Brockhampton stans but oh well. He seems to be the most grounded out of all of the vocal members and OP thinks he’d make a great solo album but we’ll se if Kevin and RCA will allow that.

Merlyn Wood was born in Chicago, did some boarding school in Ghana, and later moved to Texas where he attended highschool and met other future Brockhampton members Kevin, Joba, and Matt. Merlyn’s upbeat energy, distinct Ghanian accent, and playful stage persona has also made him a fan favorite. That being said off stage he’s very calm, quiet, and introverted. He also liked to read. We stan a literate king.

Russel Boring aka Joba also attended the same high school as Kevin but didn’t really get to know him until afterwards. Once he graduated, he began working at a recording studio in Texas where Kevin would come to record and the two bonded over music. He originally joined on as a producer for the group but later became more and more of a vocal member. Now he’s mainly a vocalist/ artist for the group. You can find him in a track usually via his JT inspired vocals or scream-rapping.

Ciaran McDonald aka Bearface is a vocalist and sometimes producer from the group hailing from Belfast, Ireland (not that you can ever really tell because he hides his accent for some reason. Except for this one interview that he had when BH did a show in Ireland and the Irish jumped out in full force). He’s not all that present in the Saturation trilogy because 1) Mans had some visa issues and 2) Those albums were more hip-hop based and didn’t call all that much for his soft r&b emo vocals. Since *****’s departure he’s been featured in more tracks and has become a more integral member of the group. Kevin also made a recent tweet MAYBE hinting at a solo album? We can only hope.

Romil Hemnani is the main producer for the group, with him producing about 80% of Brockhampton’s entire discography. A Connecticut native, he’s worked with and been friends with most of the members for years. As opposed to most of the other members, Romil comes off as naturally extroverted and sociable. During their tour performances you can often spot him off to the side of the stage with his sound equipment dressed in the same costume as the vocal/ performing members.

Jabari Manwa hails from from Grenada. Making him and Bearface the only two non-American born members of the group. Before joining Brockhampton he worked as a bank auditor and would produce beats during his free time. Jabari, along with Kiko, is one of the only members Kevin pulled directly from his KanyeToThe post.

Kiko Merley is a Florida native who made beats with Jabari before joining the group. Kiko was known for being very quiet and evasive of cameras early in Brockhampton’s career, leading fans to make an inside joke of him being “kept in the basement”. With their most recent promotion cycles he’s been showing up more and more so that’s nice.

BEHIND THE SCENES MEMBERS

Henock "HK" Sileshi is the group’s graphic designer and creative director. He’s responsible for their album covers, designing their merch, editing the videos that Kevin directs, and helping to come out with album names. He plays a big part in sculpting the group’s overall aesthetic and seems to be the member that can get everyone to laugh and have a good time. A true extroverted mood-maker. 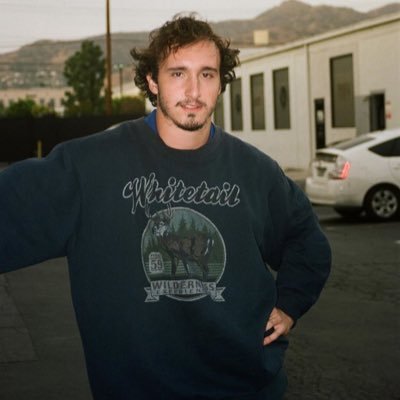 Robert Ontenient or Roberto, as he’s often referred to, is the group’s web designer/ developer although he originally joined the group to be a producer. He played a vital role in the Saturation trilogy. He would often do an intro to each video in spanish and he’d also have interludes, also with him speaking spanish, throughout all three of the albums. 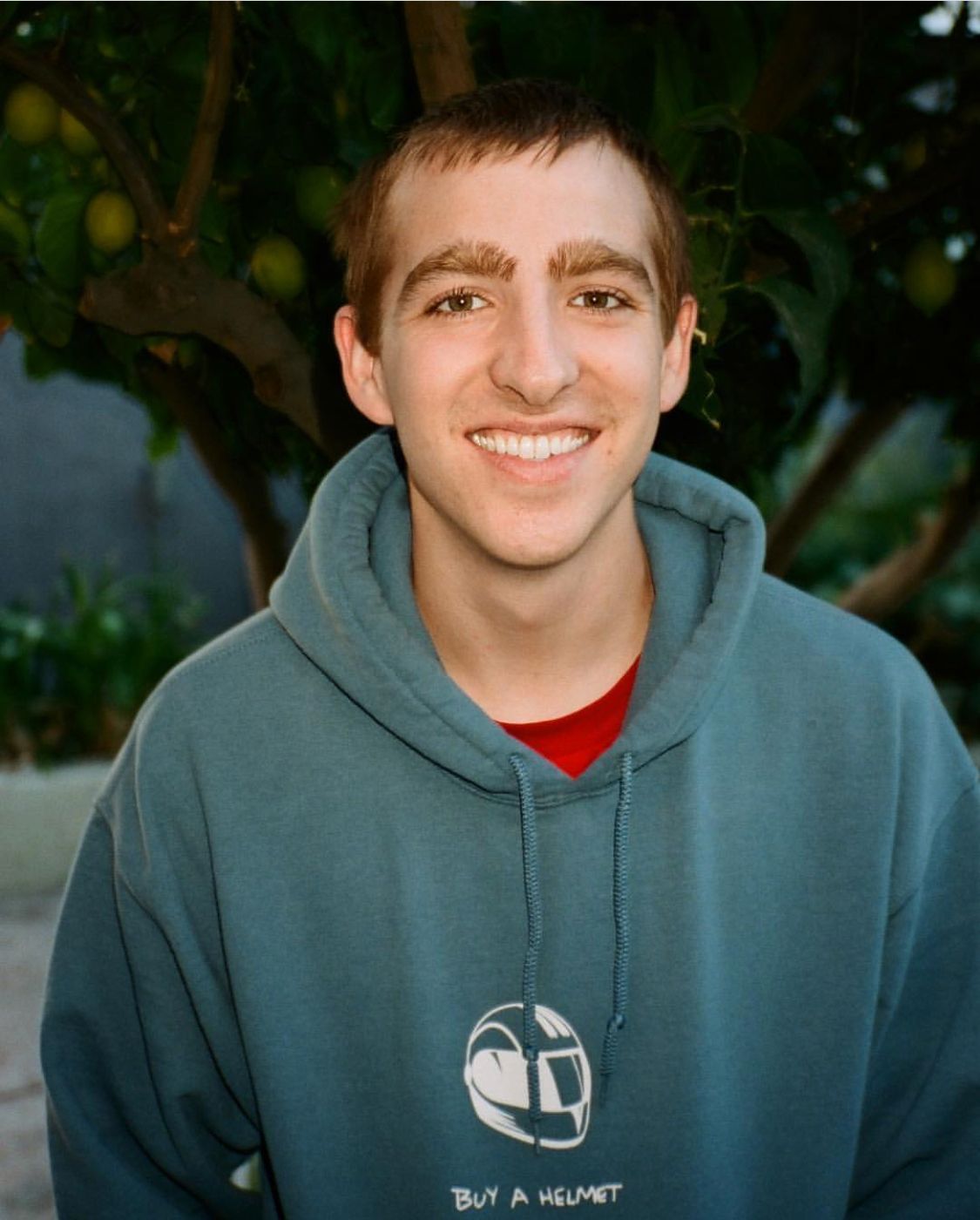 Jon Nunes is the group’s manager. Literally nothing else to say about this man other than that. Sorry to any Jon stans out there… if you exist. 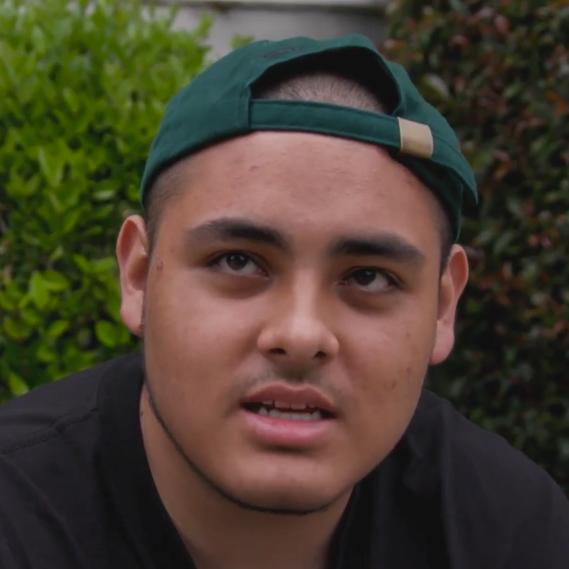 Ashlan Grey is the groups’ official photographer. Although the man loves to work with a camera he hates being in front of one so you barely ever see him. He first connected with Kevin via tumblr and joined the group after being fired at Walmart. A true millennial fairytale. 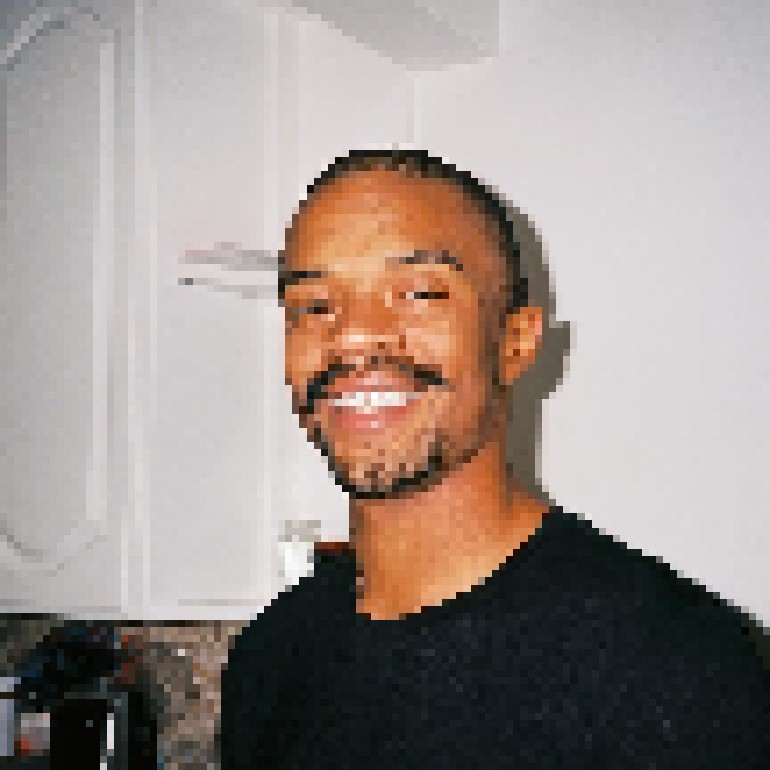 ****** ****. I refuse to say this man’s name. He is voldemort. All you need to know is he was a huge part of the group up until after Saturation 3. He was on the cover of all three of the Saturation albums and he, along with Kevin, Matt, and Dom, and Merlyn is who you hear the most of on those albums. Soon after the group signed with RCA his ex girlfriends took to twitter to expose his abusive behavior and, along with this, some fans came out to also expose him for pursuing underage girls. He was subsequently let go of the group in a statement Brockhampton released on their official twitter page.It eventually came out (after his trash defenders continued to hound the members on social media) that he also set up one of Dom’s close friends to get robbed.This departure kind of divided the fan base.
Till this day there are still fans who think they shouldn’t have kicked him out or think that the rest of the fans should forgive him.He recently released a solo EP and has done an interview where he claims everything is fine and dandy with him and the group despite most of them not speaking to him or acknowledging his existence or, if they do, they’re tearing him apart (see: Dearly Departed from their album GINGER). 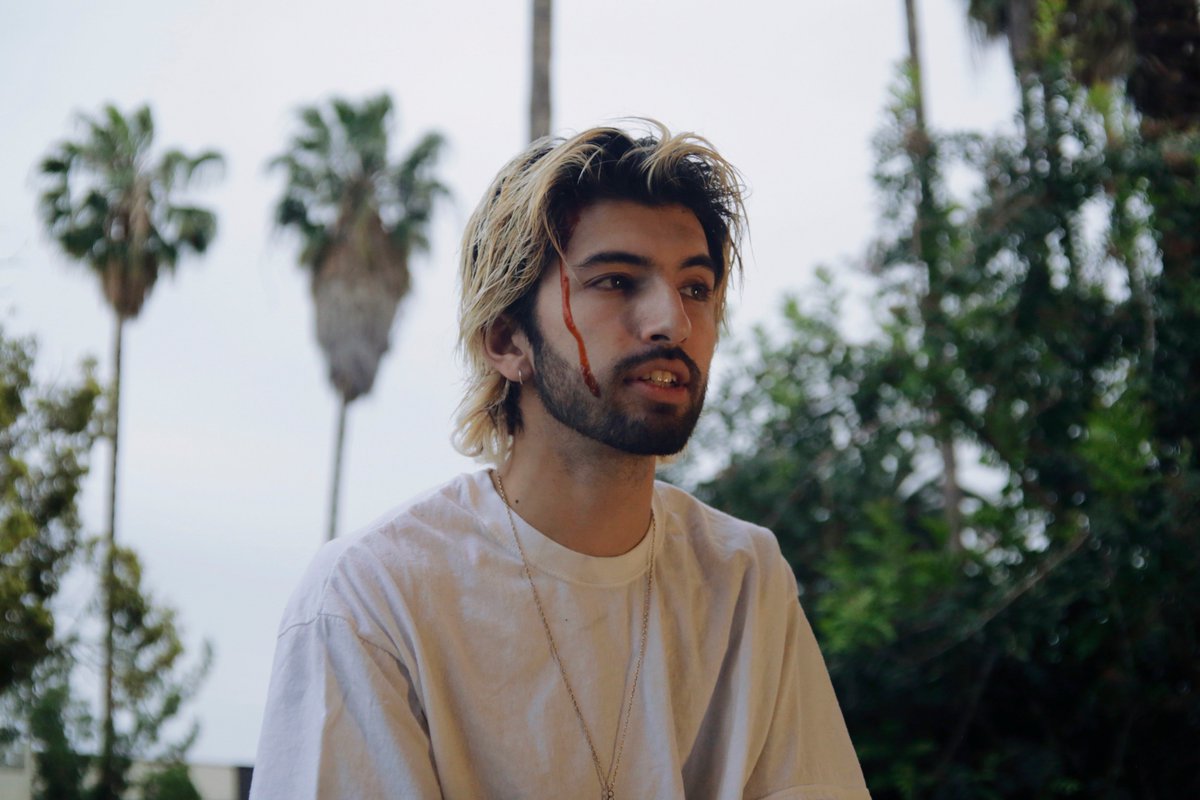 Albert Gordon is former producer for the group that got kicked out after their mixtape All-American Trash for allegedly sleeping with Matt’s girlfriend (which Matt references in HEAT). The drama! 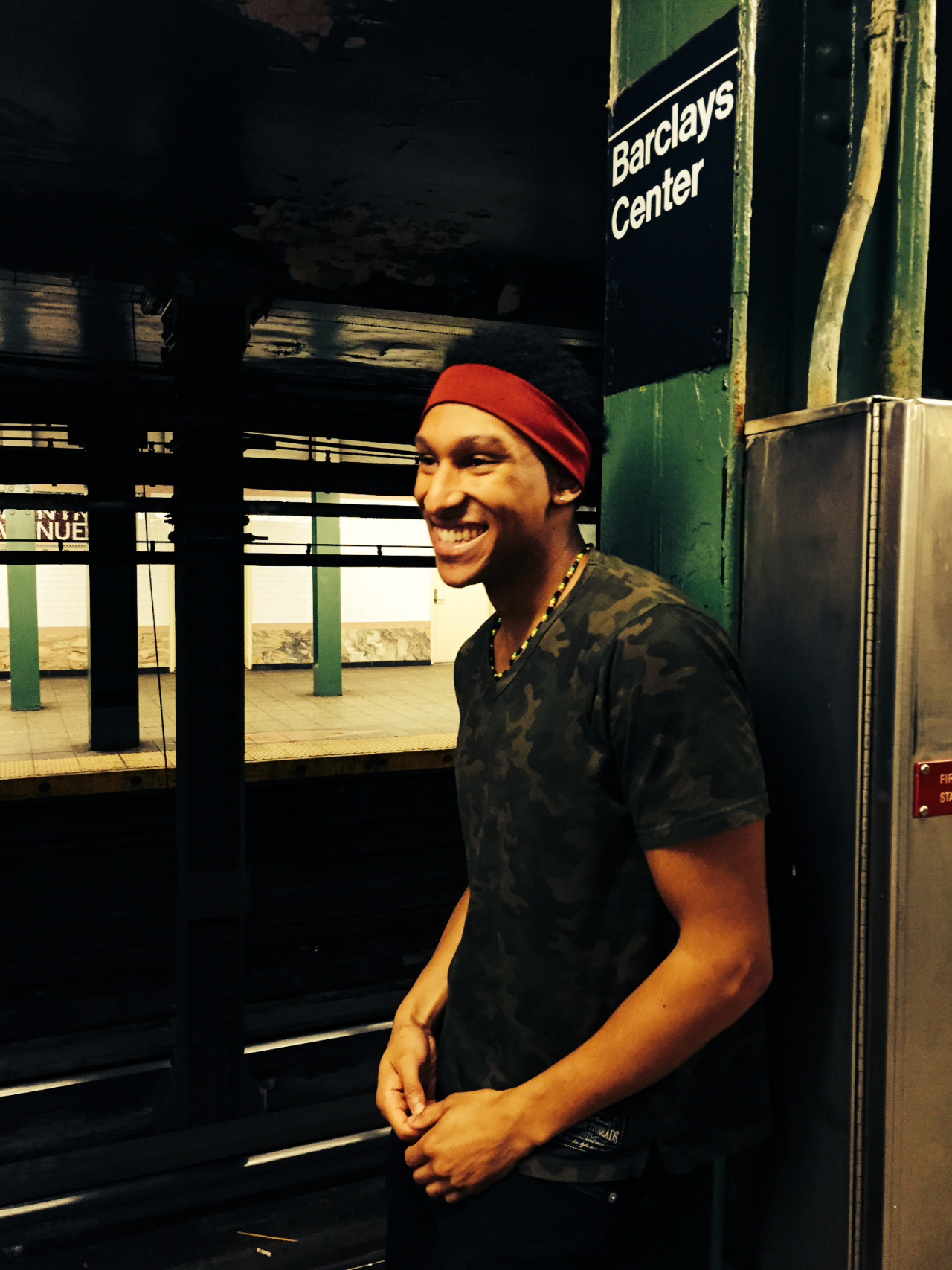 Rodney Tenor is a former rapper for the group. No bad blood here, seems like a good guy. He has a verse in one of personal faves, Infatuation, and currently is a teacher.

DISCOGRAPHY (and some of my faves from each project)

This mixtape was the group’s first official full length release as Brockhampton. A very different sound from their later releases (in my opinion at least) as they were still figuring things out. Still a lot of good stuff in there. Here are some of my faves.

The 2017 trilogy that catapulted them to Zumiez and PacSun shopper stardom and established their sound. Here are my faves from each album

-Saturation III (my personal faceorite of the triology)

Three singles hastily released after *****’s departure likely to have some new material to play at shows. People expected an album from these three singles and there wasn’t one lol.

An overall colder and more introspective and chaotic Brockhampton

Their most recent release to date. This album is a blend of their older stylings along with a bit of new.

PERFORMANCES (my favorite performances of theirs aren't on YouTube anymore so... here's these)


And that’s it for now folks! I’d include honorary members (like Nick and Ryan) and some of Kevin’s solo stuff but this took for-fucking-ever to make so that’s all you’re getting for now!
(also shout out to

badtz_m , I borrowed their shadowed box formmating from this post)