Ariana responds to fans arguing with other fans and to stop comparing it her solo work even though she is the executive producer.. 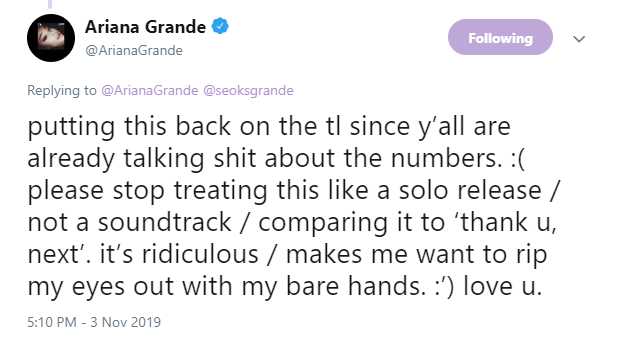 Is Ariana overexposing herself? Is the general point tired?