It seems that Ariana isn't as supportive of Kesha as she once claimed. Fans have noticed an interesting "Thank You" in the soundtrack liner notes: none other than Kesha's alleged rapist, Dr. Luke! 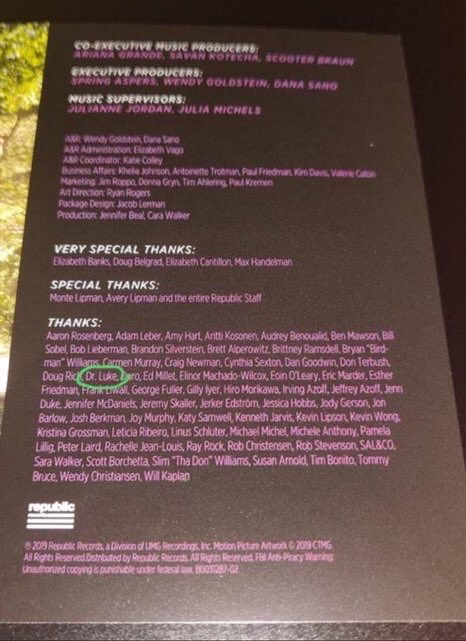 Some are speculating that the "Thank You" is due to the fact that Kim Petras features on the album. If true, this is a nice reminder that any support for Petras is support for the man Kesha has named as her abuser (even when he isn't the one producing her tracks).

Ariana has supported Kesha in the past, so this seems like a complete 180:

My heart is with @KeshaRose. 💜