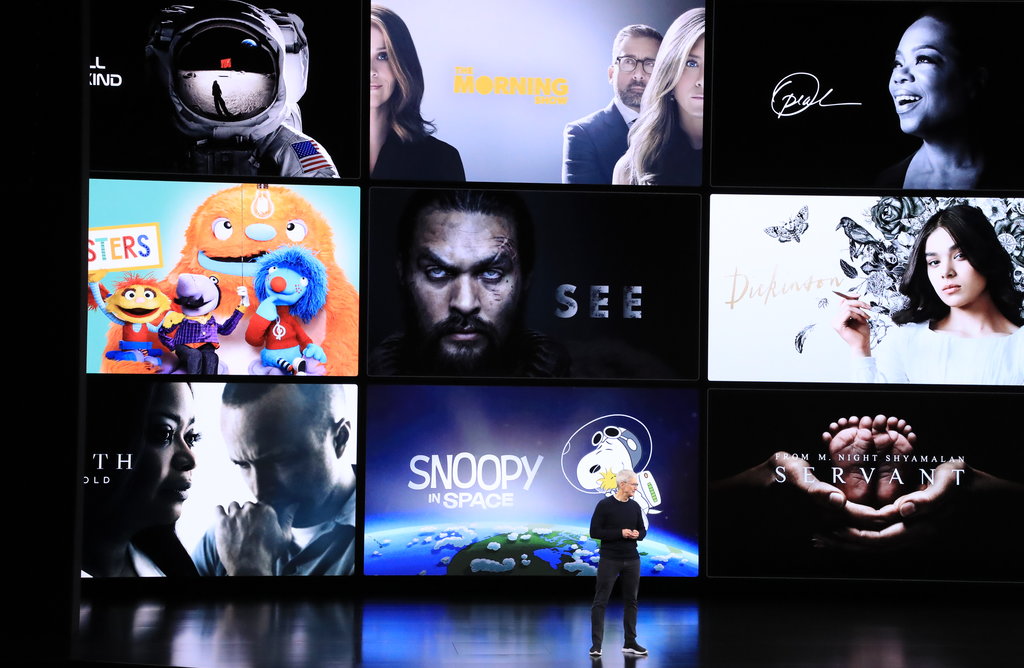 Apple TV+ launches this Friday, November 1. Critics got a chance to see the first three episodes of launch titles The Morning Show, See, Dickinson, and For All Mankind. And things are a very mixed bag.

The Hollywood Reporter: After brutally dull pilot and a meandering second episode, the third episode finally gets value out of Aniston and Witherspoon, but it still isn't good enough to recommend yet.

Variety: There isn't a human worth caring about in sight. Tries to get all sides of a story without committing to telling a single one well.

AV Club: Takes time to get there but it has the addictive rush of old-school dramas. A high-gloss soap.

TV Line: Relies too much on gory battle scenes to tell its incoherent story. Takes itself way too seriously.

The Hollywood Reporter: Not good off the bat but does enough to make you believe it can be one eventually.

TV Guide: Feels grounded in its own reality, sprinkling in swears and slang without taking viewers out of the story.

The Hollywood Reporter: It wants to be a teen drama and a black comedy at the same time and is instead tonally incongruous.

Variety: Ambious plot that makes the smart choice of keeping the drama grounded in its characters choices.

The Hollywood Reporter: The show is building a world with a staggering number of characters, but not a lot of the story its creating is interesting.

TV Guide: The male characters are flat, but the show shines when focusing on the women.

The first three episodes of each series will be available on Friday. The service will cost $5 a month. You can sign up for a 7-day free trial.