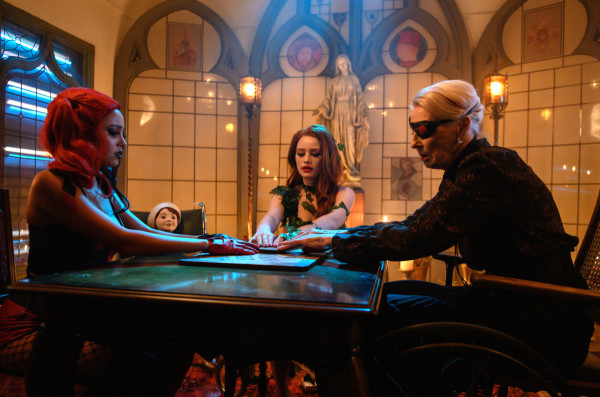 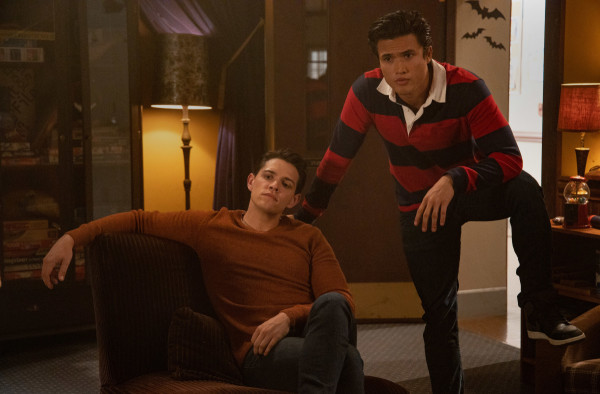 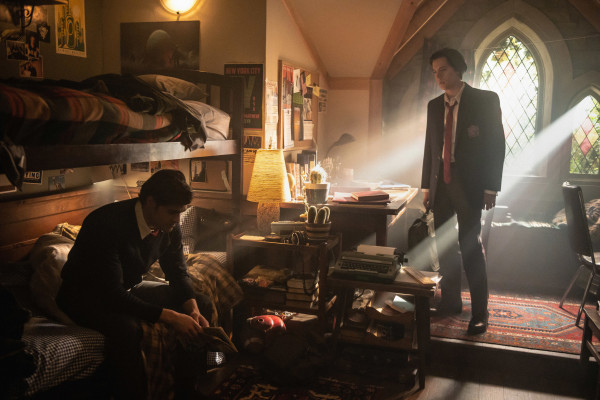 HALLOWEEN IN RIVERDALE — When ominous sex, lies, and videotapes begin appearing on doorsteps across Riverdale, widespread fear quickly returns to the town.

At Stonewall Prep, Jughead learns about a series of mysterious disappearances that have occurred to former students at the school. And Moose is back??

Meanwhile, Archie’s plan to create a safe space for the town’s kids gets derailed when some unwanted visitors crash their Halloween party.

Elsewhere, Veronica comes face to face with trouble, while Betty’s past comes back to haunt her.

Lastly, a haunting at Thistlehouse rocks Choni to their core.

Reggie and Kevin are also doing some sub sub plot.

Alice and FP show up too.

Directed by Erin Feeley and written by Janine Salinas Schoenberg.

TRIALS OF HIRAM AND HERMOINE — Caught between her parents double trial, Veronica grapples with what the future holds for her family. Archie finds himself the unexpected target of the town’s local businesses. Betty and Kevin join the Junior FBI Training Program, and Jughead learns some surprising information about his family history. Madchen Amick, Skeet Ulrich and Charles Melton also star. Harry Jierjian directed the episode written by Devon Turner. Original airdate 11/6/2019.

Timothy Webber has been cast as Forsythe Pendleton Jones I. He’s your basic grizzled hermit who lives alone in the woods. Jughead’s grandfather, Forsythe is the family patriarch –but he’s ashamed of himself, riddled with guilt over his lack of achievement and his descent into the bottle. When Jughead shows up on his doorstep, Forsythe invites him in to discuss his long-ago involvement with the Baxter Brothers franchise.

HBO Max greenlit a show by RAS, and he's going to take another stab at his Brides of Dracula concept

Camila's ad for deodorant made with "essential oils"