Even more Gigantamax forms revealed on Pokémon sword and shield 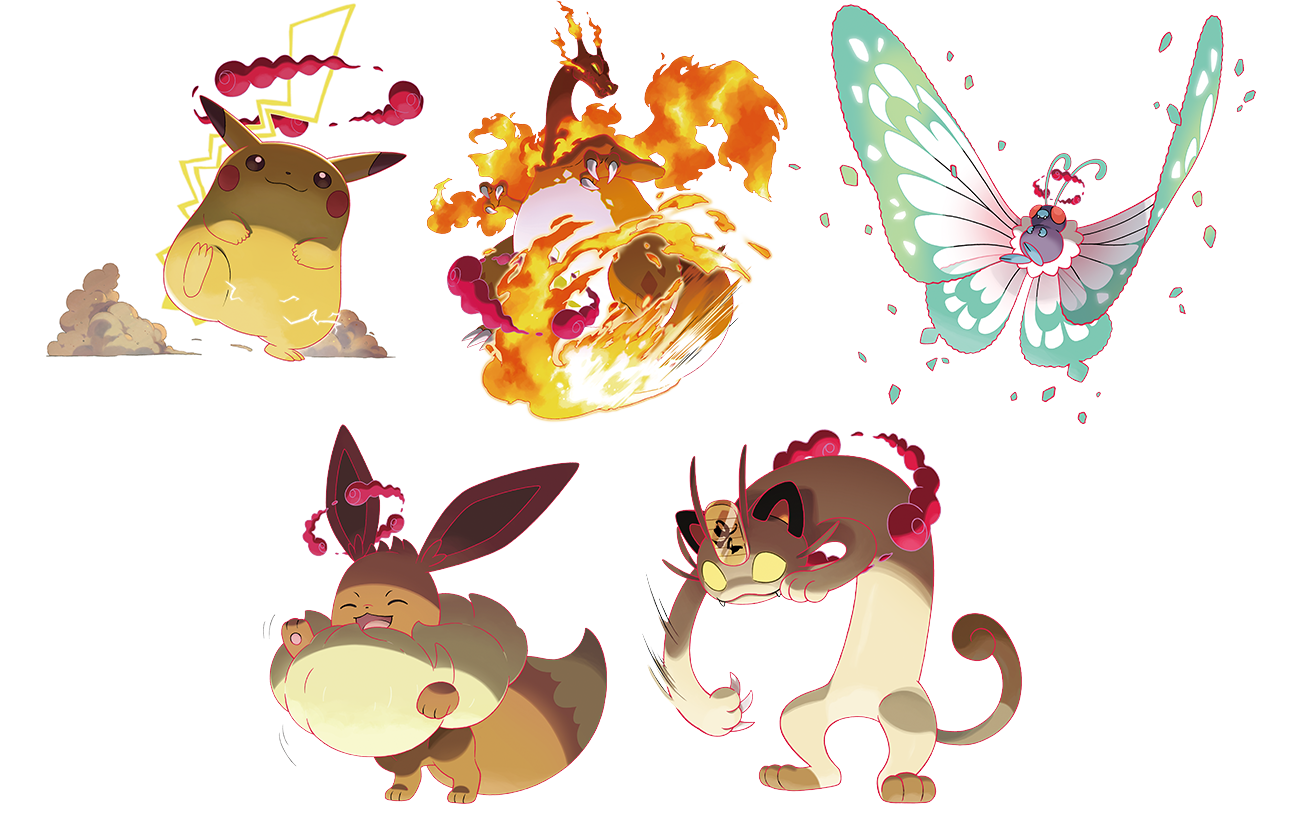 It transforms into its retro, chubby design from the earlier games. It's become so powerful that now it can produce enough energy to rival a power plant.

Electric-type moves used by Gigantamax Pikachu will change to G-Max Volt Crash, which not only deals damage but also paralyzes all opponents!

The flames inside its body have become so strong that now they erupt from its mouth, horns and tail, they have also been enhanced with the power of Gigantamax that they form wings on its back, scorching anyone.

The fur around its neck has become extra fluffy and luxurious, enamoring any Pokémon caught it in. Eevee becomes more rambucntions than ever, attempting to play with any opponent, however, it ends up crushing them due to its massive size.

Normal-type moves used by Gigantamax Eevee will change to G-Max Cuddle, which causes any opponent that is the opposite gender to become infatuated with Eevee!

Gigantamaxing has caused its body to elongate to astounding lenghts, the coin on its head emits a great, golden gleam. When it sees skyscrappers lines with glass, an urge to sharpen its claws on them surges, causing great damages to their exteriors.

Normal-type moves used by Gigantamax Meowth will change to G-Max Gold Rush, which deals damage to all opponents and allows you to cash in after the battle.

Its blinding wings have grown to enormous proportions, the light of them comes from their scales, becoming very effective weapons.

Bug-type moves used by Gigantamax Butterfree will change to G-Max Befuddle, which scatters scales around opponents, causing them to become poisoned, become paralyzed, or fall asleep!