Pokemon is a global phenomenon that even after decades has tons of fans, people who grew up with the games/anime and new fans who are discovering the pokemon world and after searching about Ash first win at a pokemon League i realized there are more pokemon fans and people who care about the franchise than i thought (CNN and Sports Nation even reported about it) , so celebrities aren't immune to the Pokemon charms and this is a list of them:

I searched and Brie hasn't said much about Pokemon or how much she likes it but she has acknowledged the game before:

There's been a Pokemon living in my dressing room this whole time. Thanks Pokemon Go!

In this video she is geeking out about Pokemon Go 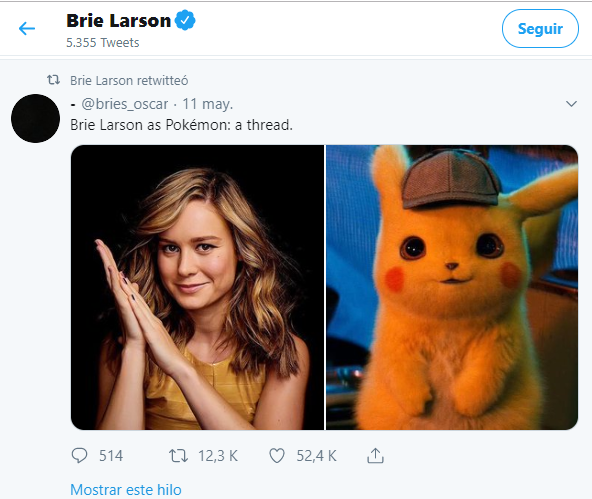 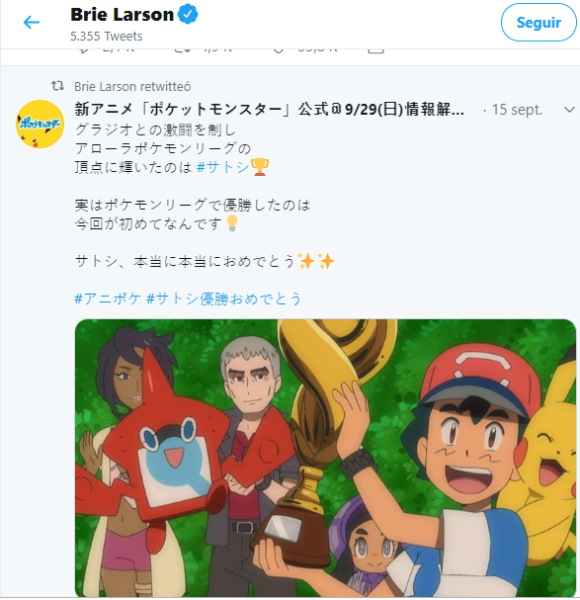 With this evidence there isn't doubt she at least knows about pokemon and likes it.

Bill Nighy was cast on Detective Pikachu and because of that he started to like Pokemon and even started to play Pokemon Go, he had a book pokedex that he really liked but then gave it to a canadian kid, also he says Mew is his favorite Pokemon " because he's just majestic and he was the very first ... He was elegant and powerful."

Here is an important (and extensive) piece I have written about the return of Pokémania, in which Bill Nighy tells me his favourite Pokémon is “the ancient Mew...because he’s just majestic and he was the very first...He was elegant and powerful.”https://t.co/kM6rca83qI

We don't know if she plays the main games but she has talked about playing Pokemon Go and being a Level 37 master, she started playing the game when she was sick (she used lures) but she realized her job as an actor is ideal for the game:

"Here's the thing, when you travel a lot for work, which we do, there's a lot of places to play, you play abroad, you catch them all!"

Ariana has more hobbies than pretending to be a woman of color and playing Pokemon seems to be one of those! the singer has talked about liking pokemon on her official twitter account:

honestly. yesterday i had a day off and i played pokémon let’s go eevee for fifteen hours. honestly.

And she even got a tattoo of her favorite pokemon Eevee:

Also according to my investigation Robert Downey Jr, Ronda Rousey, the former members of One Direction and Dylan and Cole Sprouse are also fans but i don't care that much about them to write more.