The rapper went on a tirade against DJ Akademiks, supposedly because he defended Cardi B on his show. Revealing threatening DMs he received from Minaj on Instagram, he tweeted "Nicki Minaj just put a hit on me... if anything happens... or I miss a meal... SHE DID IT."

In the messages, Minaj accuses Akademiks of being gay and trying to hit on her friend and jailed child rapist, Tekashi 6ix9ine. In other messages, she threatens to break his jaw, and repeatedly asks him for an address so her murderer/rapist husband can pull up on him.

Video of him discussing the threatening DMs:

And then she threatened to have this man’s jaw broke, his family touched, whew this “retirement” ain’t doing to well with sis. finna very much end up in jail along with her rapist/murdering husband. pic.twitter.com/iNlsgHN0eA 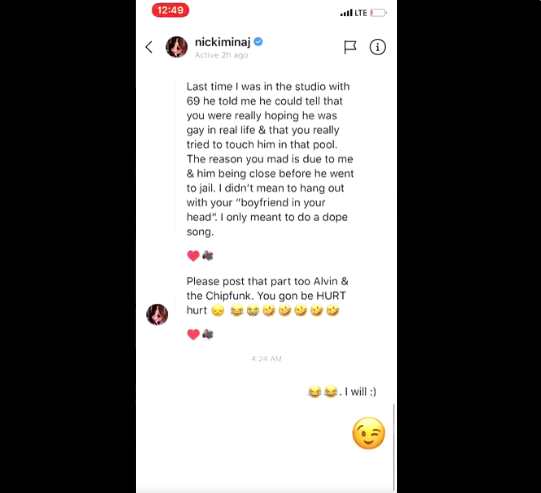 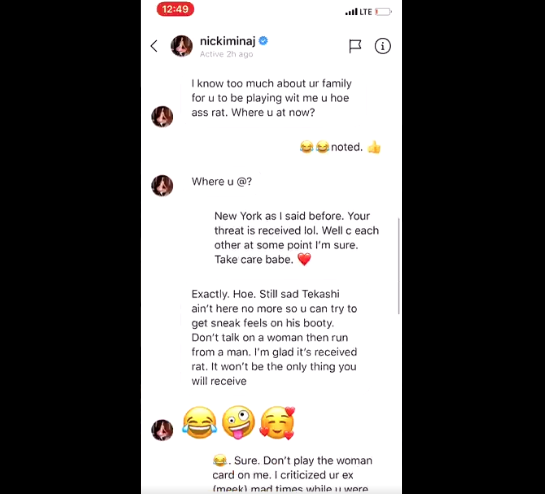 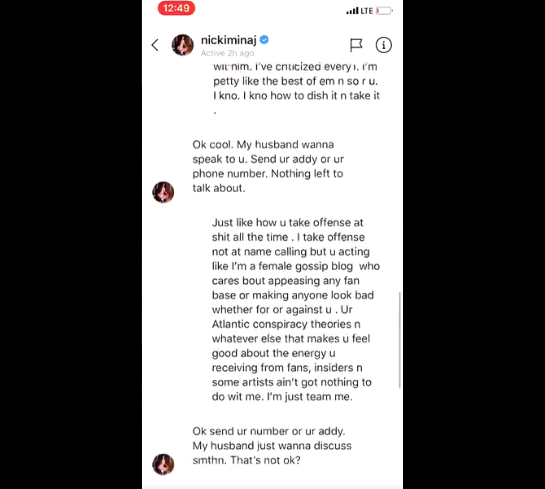