The article states that Shawn Mendes & Camila Cabello got flirty at their VMAs performance, despite the award show not even happening yet. pic.twitter.com/fGTUTyTsP9

ONTD's favorite PR couple are getting early promo from Entertainment Tonight and their team is clearly working harder than the devil to keep them in the public eye.

Could this be a mistake made at ET as we have seen in the past or was it another in a long line of PR stunts for this new couple? 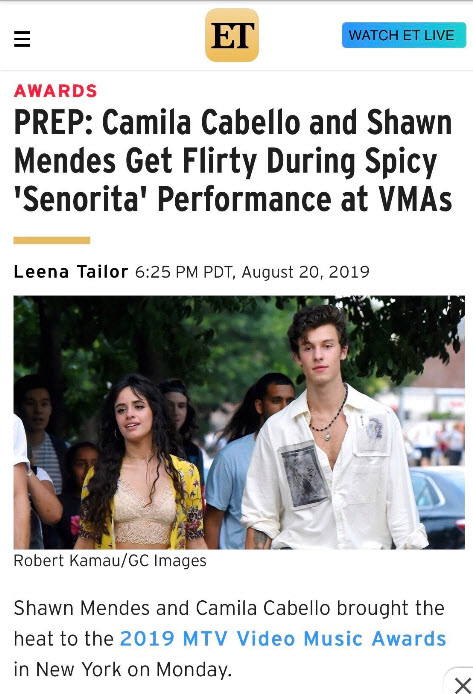