Even though KJ Apa was in attendance and presented a surfboard to Robert Downey Jr, the cast pre-recorded a message about not being able to make it to the show.

RAS throws out a thirst trap of these high school seniors to hint at a possible car wash episode. Or that this year's musical episode will actually be Magic Mike (which RAS was trying to get going until the production ultimately fell apart).
------
The cast of Katy Keene at the Television Critics Association to talk about their upcoming show.

When asked about which Riverdale character she'd like to see on the show, Ashleigh answers with KJ just to see him with a beard (reminder that Katy Keene takes place in the nebulous future). Previously, RAS had opened the door for other characters to show up on the spinoff such as Josie's stepbrother Kevin.

She has also partnered with Shein.com

Just a visual reminder of who's throwing shit at the walls 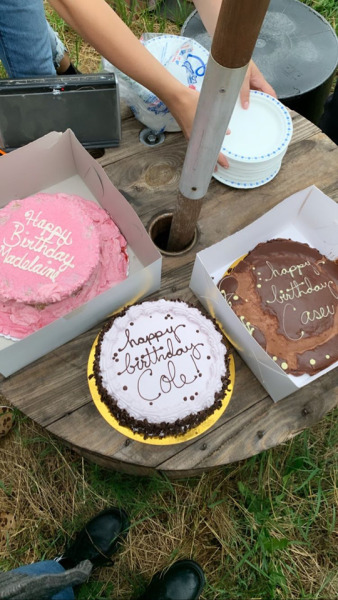