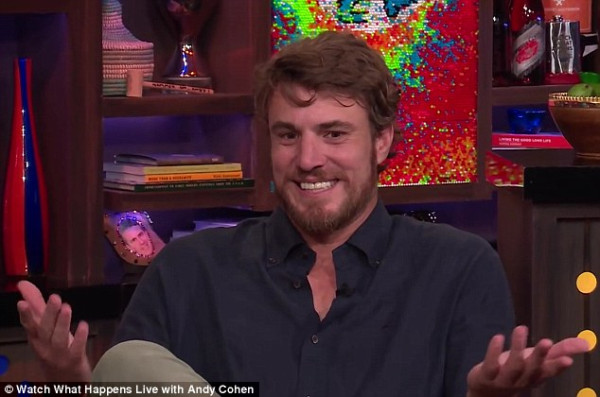 Southern Charm's resident douche canoe Shep Rose was slammed by many of his followers after he posted a video to his Instagram Stories making fun of a homeless woman in the East Village. The trust fund baby, who is approaching 40 and has never had a job, angered many of his fans (he has fans? judging you) on Monday after he recorded himself mocking a homeless woman for collecting cans. When confronted by his followers, Mr. Veneers tripled down on his actions and refused to apologize for his behavior, leading fans to express their disgust on social media and call on Bravo, the network which airs the reality show, to take action about the incident.

“Look at me, nice cans! I mean, the cans you have!” he jeers in the since-deleted clip (which was captured by a fan) as he pans the camera over to the pile of cans. In response, the woman covers her face and yells back, “No! No!”

After watching the short clip, several Twitter users slammed Rose for his actions and even tagged Andy Cohen, Southern Charm executive producer Whitney Sudler-Smith, and his costar Patricia Altschul in their scathing messages. Rose responded fans by writing, “Always get a chuckle when people try to send me to the principles [sic] office. I bet you were a scream in high school!”

Fans of Southern Charm took to reddit to share some of the DM responses they were getting from Chlamydia Patient Zero. Just look at this beauty: 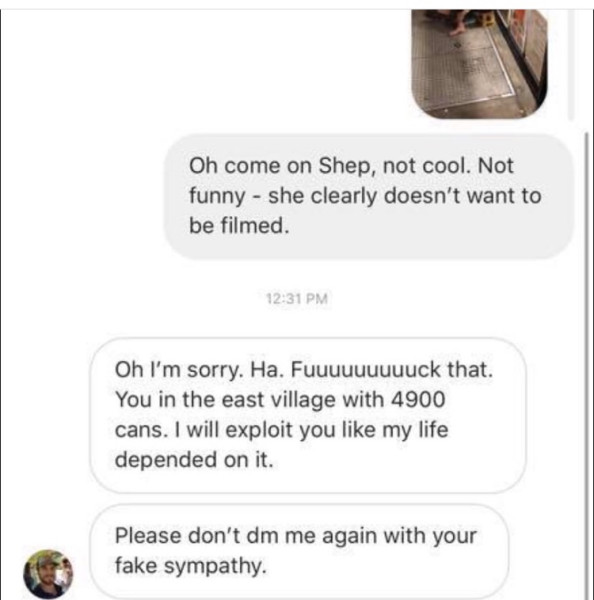 Reps for Rose and Bravo did not immediately respond to request for comment.

Where my Southern Charm fans at? This made me so angry I was blinded by rage. Video is hard to watch. This poor woman. People are upset Bravo hasn't acknowledged what should be a firable offense. LOL at people thinking Andy Cohen would do anything about this. I'm done with the show myself.
https://realityblurb.com/2019/08/06/video-southern-charms-shep-rose-slammed-by-fans-after-mocking-a-homeless-woman-on-the-street-for-collecting-cans-will-he-be-fired/
Tags: reality show, reality show - bravo, reality show celebrity
Subscribe
Previous
← Ctrl ← Alt
Next
Ctrl → Alt →
Previous
← Ctrl ← Alt
Next
Ctrl → Alt →