Cardi B concerns fans after posting an alarming tweet

Fans became concerned when Cardi B reportedly tweeted and then quickly deleted this message: https://t.co/mttB0olmp9

Cardi B raised concerns over the weekend after tweeting (and quickly deleting) an alarming tweet.

The 26 year old rapper, who previously broke down on Instagram live over trolls harassing her, tweeted "Wish I was dead".

Fans of the star started trending '#WeLoveYouCardi' following the tweet. 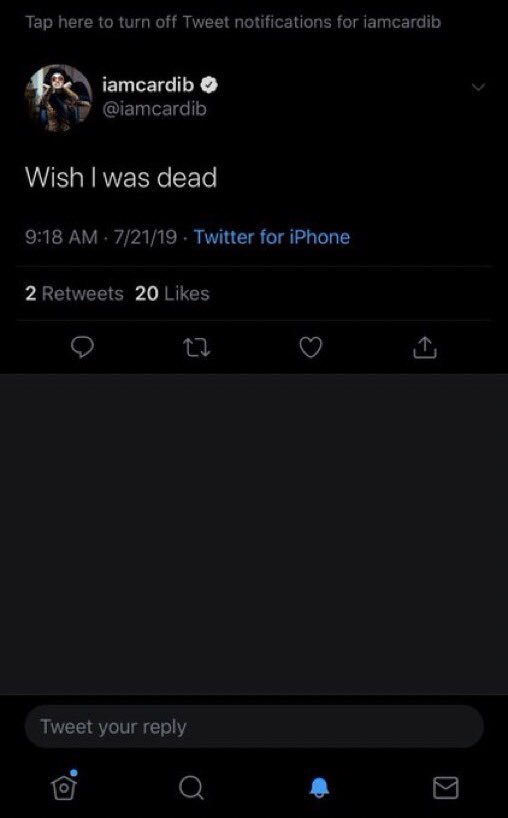