Marvel has announced six new titles starting in October for the X-Men, spinning out of the event of the upcoming franchise-changing House of X and Powers of X minis (Make sure to #buyhouseofxoncomixology on Wednesday ontd!!). Each creative team was handpicked by the franchise's creative leader Jonathan Hickman.

Titles, creative teams, #1 covers and solictations for each below: 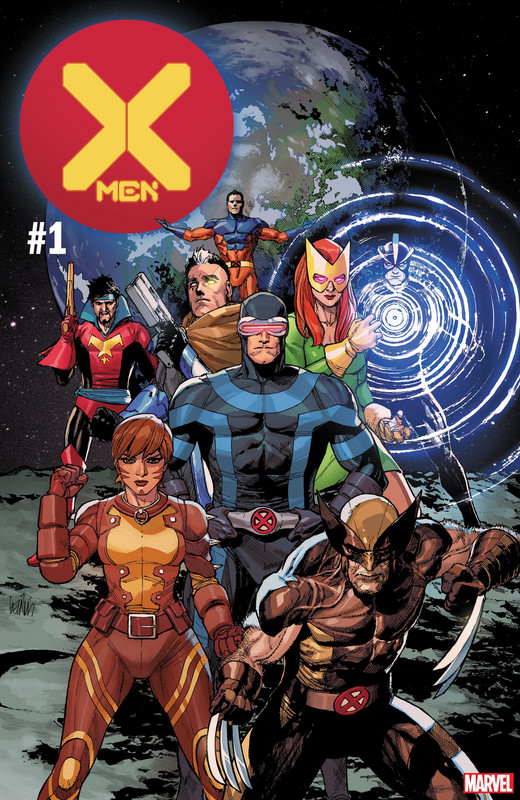 X-MEN by Jonathan Hickman and Leinil Frances Yu
The X-Men find themselves in a whole new world of possibility… and things have never been better! Jonathan Hickman and superstar artist Leinil Yu reveal the saga of Cyclops and his hand-picked squad of mutant powerhouses! 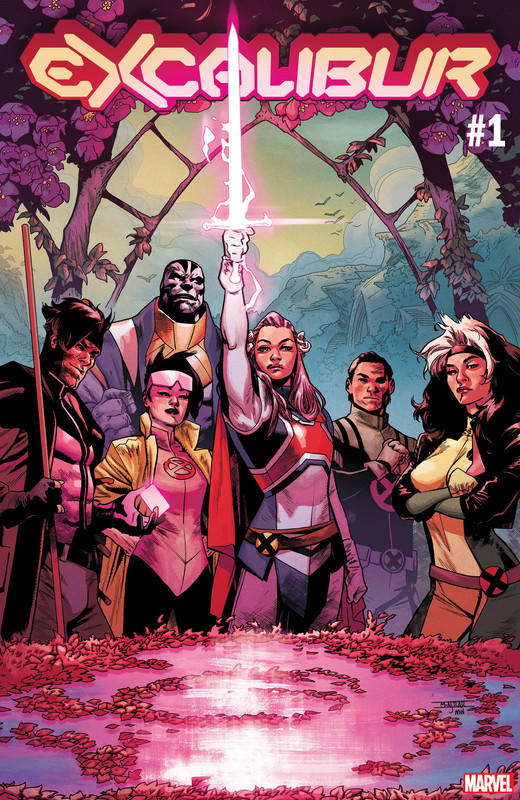 EXCALIBUR by Tini Howard and Marcus To
Mutantkind has always been special…as has their relationship with the world—or WORLDS—around them. As this new era dawns, a new connection forms between mutants and the magic of the world… and that of Otherworld! Can the new Captain Britain forge a new way through the chaos with her companions Rogue, Gambit, Jubilee, Rictor…and Apocalypse?!? 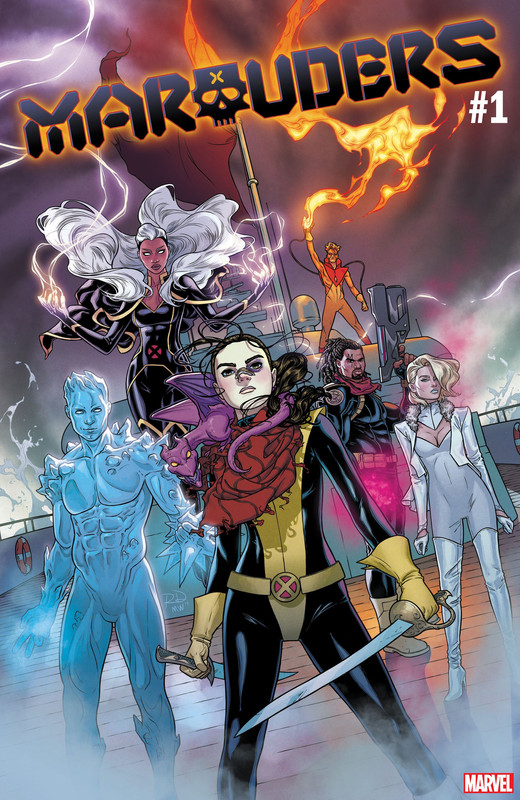 MARAUDERS by Gerry Duggan and Matteo Lolli
Even in this glorious new dawn, Mutantkind faces hardships and oppression from their human counterparts. Led by Captain Kate Pryde and funded by Emma Frost and the Hellfire Trading Company, Marauders Storm, Pyro, Bishop and Iceman sail the seas of the world to protect those hated and feared! 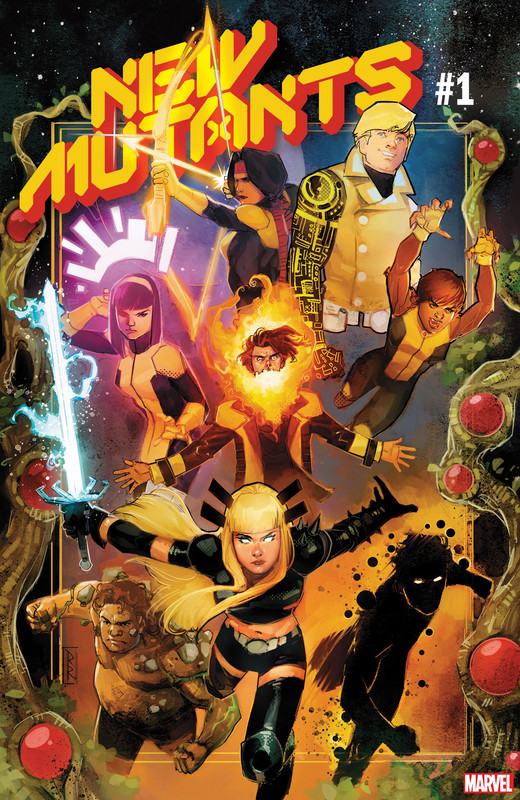 NEW MUTANTS by Jonathan Hickman, Ed Brisson, and Rod Reis
The classic New Mutants (Sunspot, Wolfsbane, Mirage, Karma, Magik, and Cypher) get together with a few new friends (Chamber, Mondo) to seek out their missing member and share the good news… a mission that takes them into space alongside the Starjammers! 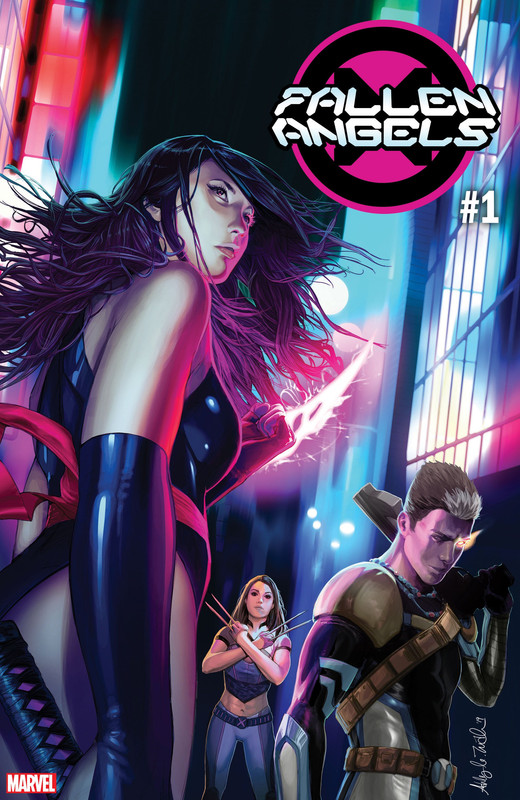 FALLEN ANGELS by Bryan Edward Hill and Szymon Kudranski
Psylocke finds herself in this new world of Mutantkind unsure of her place in it… but when a face from her past returns only to be killed, she seeks help from others who feel similar to get vengeance. Cable and X-23 join Kwannon for a personal mission that could jeopardize all Mutantkind! 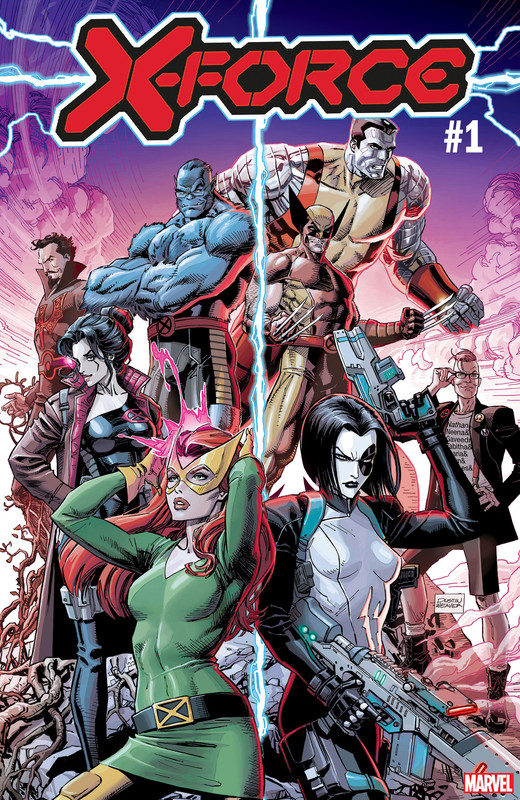 X-FORCE by Benjamin Percy and Joshua Cassara
X-Force is the CIA of the mutant world—one half intelligence branch, one half special ops. Beast, Jean Grey and Sage on one side, Wolverine, Kid Omega and Domino on the other. In a perfect world, there would be no need for an X-Force. We’re not there… yet.

And while Wave One has yet to even start, Wave Two is already in full swing and will have Leah Williams and Vita Ayala on writing.