Bravo @WriterRAS 👏🏼👏🏼👏🏼
SUCH a phenomenal play you guys!!
You’ve got to go see #goodboys at the @PasPlayhouse pic.twitter.com/suPdY4BkWL

------
Jordan talked about Sweet Pea developments in Season 4 at a convention including how he knows what Sweet Pea's birth name is. 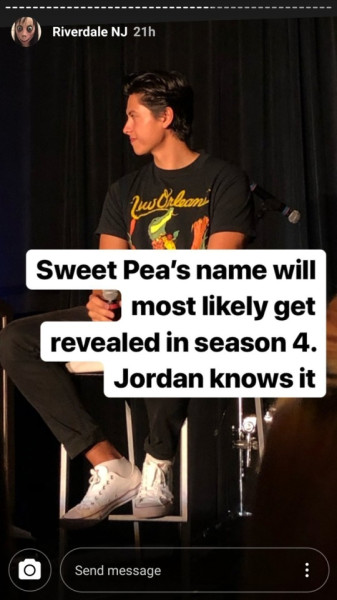 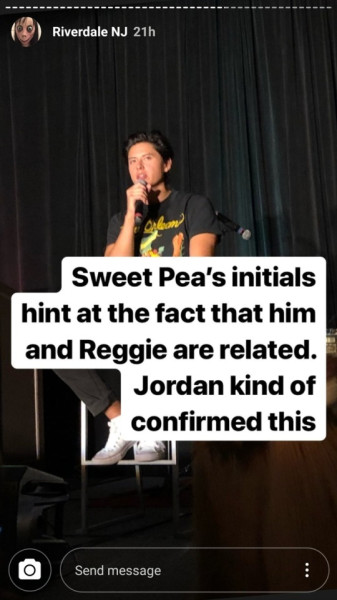 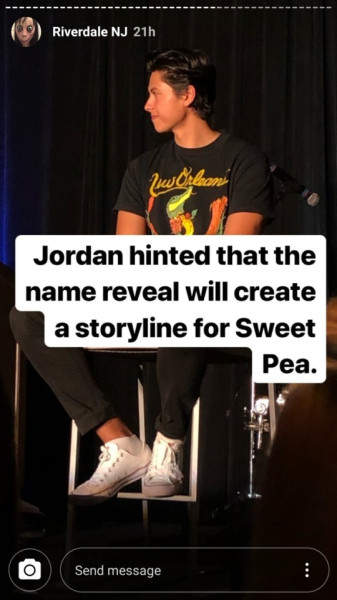 
Ester and her overbearing mother run a small bed-and-breakfast near the US/Mexico border. One night, two unwanted guests arrive, threatening the safety of everyone. But the two women are hiding a secret, one that may prove the most dangerous of all.

Coming out August 2
------
Madelaine injured her knee and had to cancel her apperance at a NJ con.

I am truly so sad to have to do this, but I severely injured my knee and won't be able to make it to New Jersey this weekend. I hate disappointing my fans more than anything, but with the state I'm in, I'd be in too much pain to push through. I promise to make it up to you NJ! ❤️

------
Toni's been approved to have purple hair this season. Send your best pictures to Vanessa for inspiration

Got approved for Toni to have some purple in her hair this season! Send me pink & purple hair inspo pics!! 🎨 pic.twitter.com/UPRF19chyd

Cole was going to be in a film called Silk Road about the dark net but due to scheduling conflicts, he had to drop out and was replaced with Daniel David Stewart of Hulu's Catch 22.
------
Lili finished filming on her YA movie Chemical Hearts

Also the trailer for Hustlers will drop July 17